Posted on September 28, 2011 by raincoastguides

Thanks for all your comments on the Elwha Hatchery.  So far I have written letters to the Seattle Times, Tacoma News Tribune and NPR KPLU.  The news tribune has agreed to publish an abbreviated version of my letter in their letter to the editor section, but I think it would help for all of these outlets to have lots of feed back.  I just don’t think they understand the issue and they have to be urged to try.  I have posted a very simplified version of the problem in the comments section, feel free to cut and paste, plagiarize or rephrase any of it to send on to news outlets or friends. 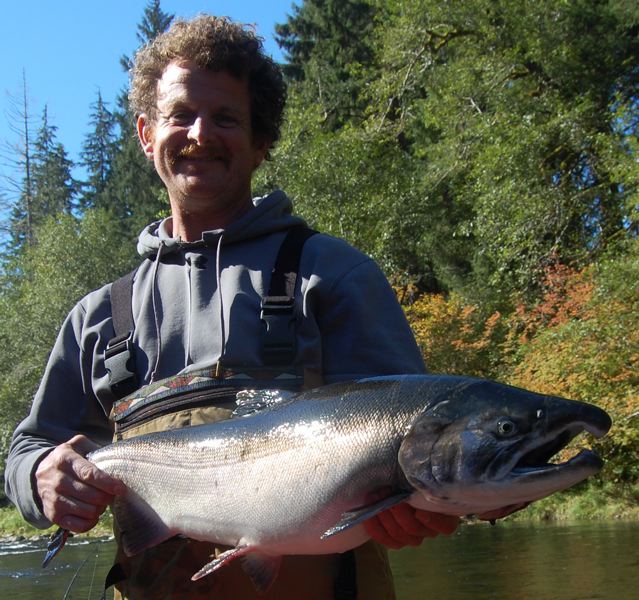 Cousin with a dandy silver

O.K. There are still summer steelhead and lot’s of trout to catch, but really, the chromiest bite-y-ist, (yep its a word) coho of the year are now through the end of October.
Right now, every part of every river has something cool to fish for, and I have some open dates, give me a call or email.
Jim Kerr
Rain Coast guides

« Dam
1 in a thousand »
Blog Navigation