Why no fishing in October? Forks fishing closed from October 10 to Nov.15

Posted on August 23, 2016 by raincoastguides

Longer answer? Your guess is as good as mine.

Here is the deal.  The Coho prediction this year is dire.  Very few Coho are expected to return, and we NEED lots of salmon to keep our rivers healthy.  So, closing a fishery makes sense.  We close it and less Coho get caught, so more spawn, so GREAT!  Thats good management.

Only (there had to be a but) here is where it gets a bit odd.

Managed under the same logic that is being used here, the Puget Sound and The Columbia would be closed to all fishing most of the year.  Why is the science different here?  Or is it just politics?

I could catch about 400 of these this fall… 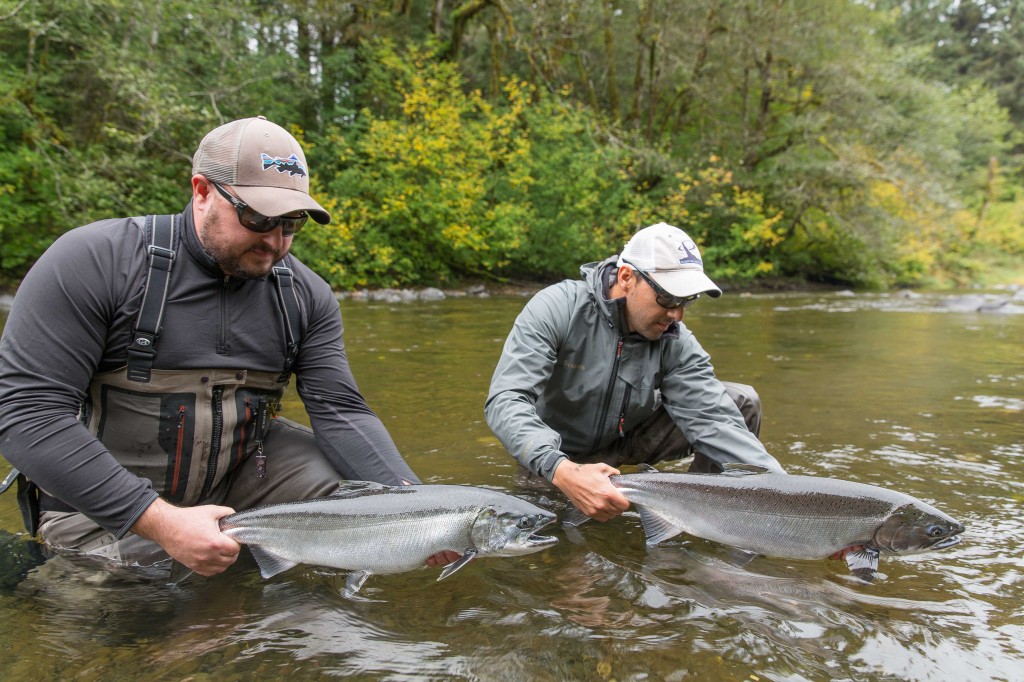 …without catching one of these, maybe next year WDFW will find a way to let us try

Along with closing the rivers to salmon fishing, WDFW closed them to ALL fishing.  There is some logic here, if there are a bunch of boats out on the river, no doubt some a-hole will be reefing on Coho under the guise of fishing for trout or steelhead.

And that definitely holds some water, but what about places there are no Coho?

For instance there are virtually no coho in the Calawah in September, there is how ever the largest hatchery run of summer steelhead on the Olympic Peninsula.  What is the benefit of closing this? When they do close it, at the end of August, the anglers who are fishing there will have to move down to the Quillayute…where all the Coho are.  This will actually create more Coho impact, not less.

How about the upper Bogie in September?  Yep, lots of trout, no coho.

What about all those trout lower down in the Bogie, Quillayute and lower Sol Duc?  You could catch about 400 nice cutthroat before you caught a single Coho if you were limited to small dry flies (say under size 12).

Are we willing to close trout and steelhead fishing in all our rivers statewide to protect Coho? Or could we manage the North Coast like we manage most of the rest of the state, allowing selective seasons designed to limit salmon encounters while still fishing trout?

The Olympic Peninsula Guides Association, is speaking with the WDFW, and the Quillayute Tribe, to find a way to move toward more sensible management but it will take co-operation on all sides, and probably some commitment from State legislators.

4 Responses to Why no fishing in October? Forks fishing closed from October 10 to Nov.15

« September is the new October
Taking it on the road. »
Blog Navigation