Weirdest thing you ever heard a fishing guide say!!!!

Posted on October 15, 2017 by raincoastguides

WDFW region 6, and especially I believe, Mike Gross, did an awesome job with this river closure.

I really am not joking.  The guys at WDFW get so much shit from every side every day, they pulled this off beutifully. Send Mike an email and tell him thanks.

And thanks to the Quillayute tribe.  The fish needed a break, and they did the right thing.  I know they are letting a huge amount of money go by, thats not easy. 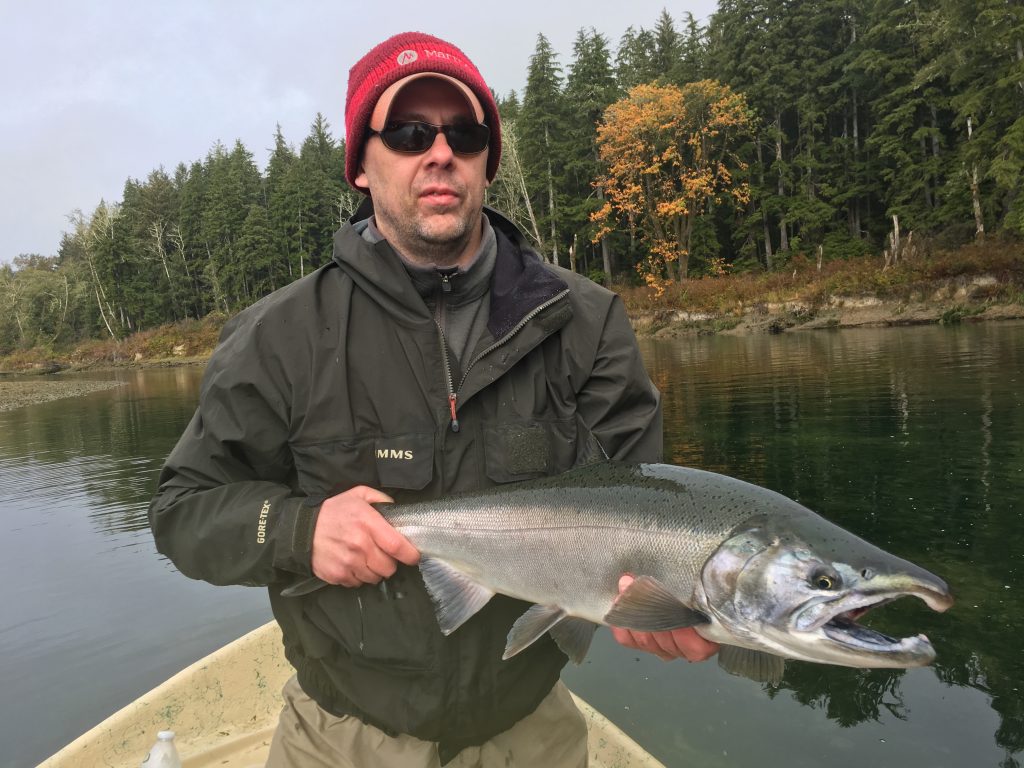 OOOOH! Such cool fish! A lot of fish coming in the river, and with the closure and the rain in the forecast enough should make it upriver

Don’t get me wrong, the fisheries management system here is, well, broken.

But people came together and made pretty much the best decisions they could inside a broken system.

Here is what happened.

The management idea is this.

At healthy river flows salmon enter the Quillayute river and it takes them some where between 6 hours to 1 day to travel upriver into the Sol Duc and Bogachiel tributaries.

For two days a week the tribes net the river intercepting somewhere between 30 and 95% of the moving fish, depending on river flows.

The rest of the week salmon pass through the Quillayute into the tributaries without nets , in this way ensuring plenty are able to spawn.

Due to extreme low flows it was physically impossible for salmon to get out of the Quillayute into the Sol Duc and Bogachiel where they would have been safe from the drift nets.

At these flows the Quillayute is mostly made up of large smooth gravel troughs, from 2 to 5 feet deep. The netters using jet boats are able to harvest 95% of all salmon in the river, the few that are not harvested in the two day net window are still stuck in the net zone, waiting the next weeks net opening, very few escape.

This went on for about 5 weeks.

Now wait, don’t give the Quillayute tribe to much shit about this. Most of the times these netters work super hard for not a lot of money.  They got a rare chance to cash in, they have families to support, they have the right to fish, so they fished hard.

Then, when it became clear the fish needed a break the tribe stepped up and said yep, our guys need the money, but we are going to shut it down until some fish get up.

At this point the state has to shut sport fishermen out as well.  I mean if the tribe is out, we have to go out.

But instead of just a flat shut down, WDFW looked out for sport fishermen by saying “Hey, there are some summer steelhead in The Bogacheil and Calawah, and plenty of trout, and NO salmon.  Why not give folks a chance to fish, give the salmon a break, and support the tribal closure”

Sweet move WDFW!  In season adjustments with thoughts for keeping opportunities for anglers.

3 Responses to Weirdest thing you ever heard a fishing guide say!!!!

« Lots of giant chrome salmon!!
What we do when your not around. Come fishing Tuesday. »
Blog Navigation