Proof that size is relative.

For the last six or eight weeks I have been trying not to put
any fish up on this fly fishing blog unless they were better than 12 pounds and chrome
bright.  The other day we caught
this cutthroat trout and it occurred to me that even though it was a fish to be
measured in inches rather than pounds, it was a pretty cool critter.

In the last four fly fishing trips we have landed only two bright native
steelhead, and no summer run hatchery steelhead yet.  We found a couple more spring Chinook in the lower Sol Duc
yesterday, but as I said, I think we need at least another week before this
gets ramped up. 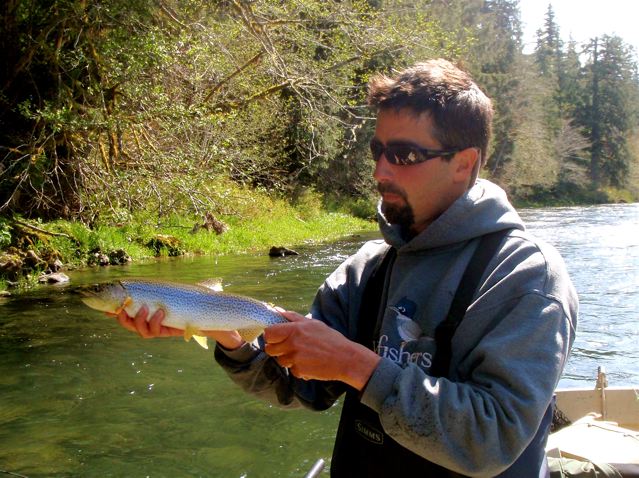 Book a fly fishing trip on the Olympic Peninsula