I had to take these photos for another project so I thought I would throw them up here.  This is a very simple trailer hook style leach pattern that I fish all winter for steelhead.  I like using marabou in this one because its cheap, quick, moves well and casts and sinks better than bunny.
The fly is tyed on a 1/0 shank with a #1 Gamakatsu octopus trailer, the trailer line is 15# Maxima.  The fly is tyed with a large tungsten cone and wrapped with .25 lead wire. 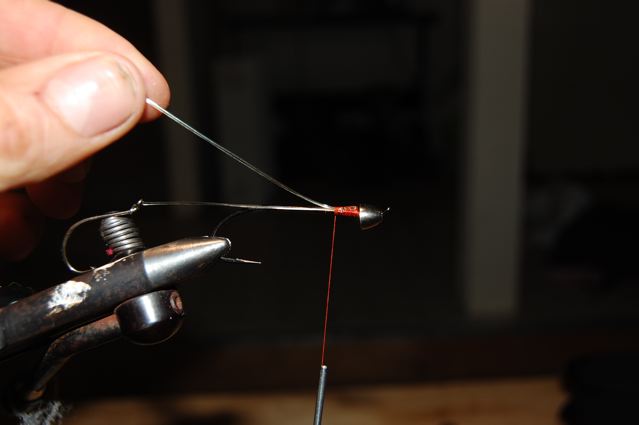 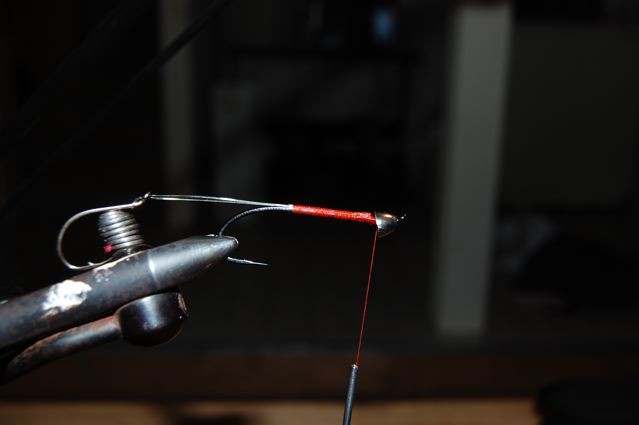 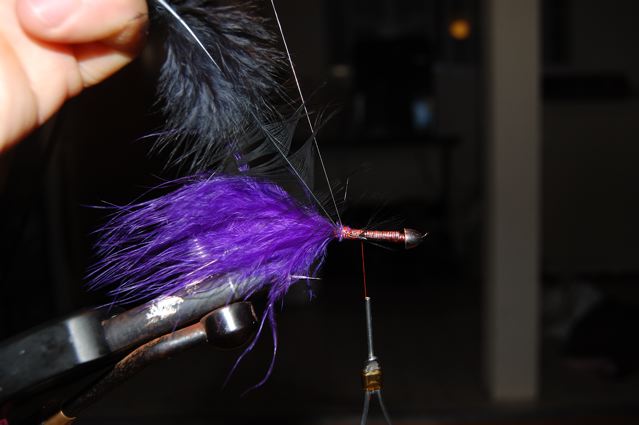 Once the lead is on,tie in a big poof of Marabou for the tail, some big saddle hackle or schlappen and some ribbing wire. 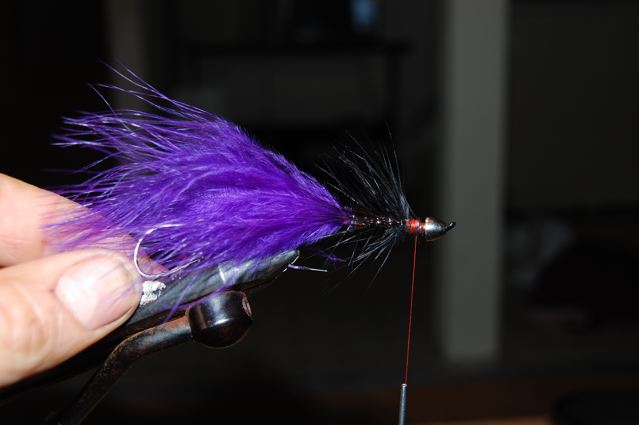 Palmer up and rib your hackle 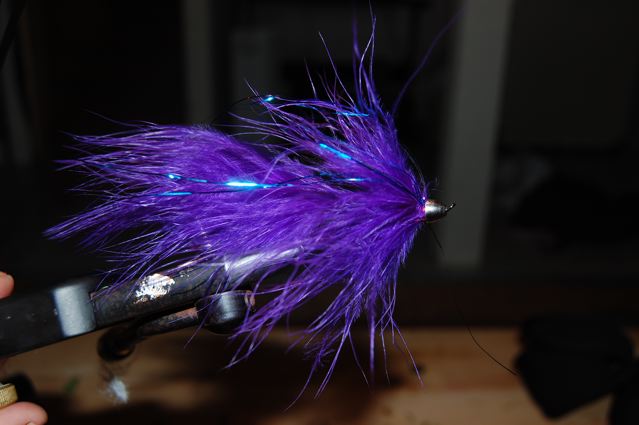 Tie in another piece of marabou and Palmer behind the cone, add some flash.

One note, it’s probably worth while to buy the extra nice Marabou for this kind of thing, makes it go much faster and is cheaper in the long run. 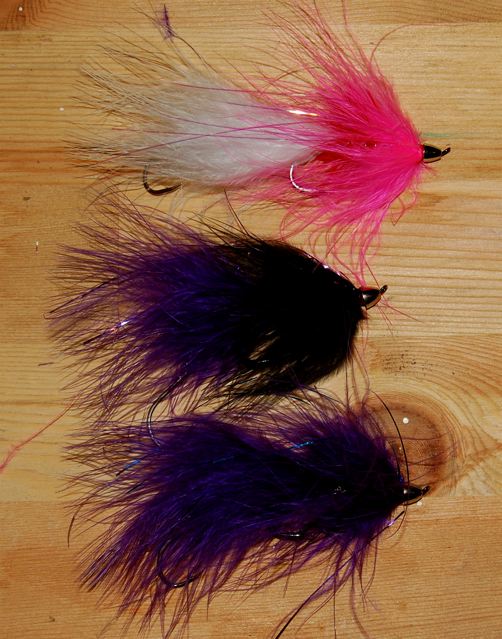 Tie’em in a bunch of different colors
Don’t forget to chop the front hook off when your done, saves on tangles and makes it swim better.