Yep, in the mix anyway.  Since the Hoh springer season has closed we hook a lot less spring chinook on fly’s.  But we do hook some, and we swing lots of steelhead  from late April through June.

The first few summer steelhead have popped up, and there are still a few fresh winter fish coming up the river, although not as many as usual for this time of year.

I floated one of my favorite trout drifts the other day, we were steelhead fishing but I saw several nice trout sipping dry’s near the bank, and the water looked perfect.  There might be time for a trout float or two if any one is interested.  It won’t be long however until they release half a million or so smolt, which will make trout fishing awful hard for a few weeks. 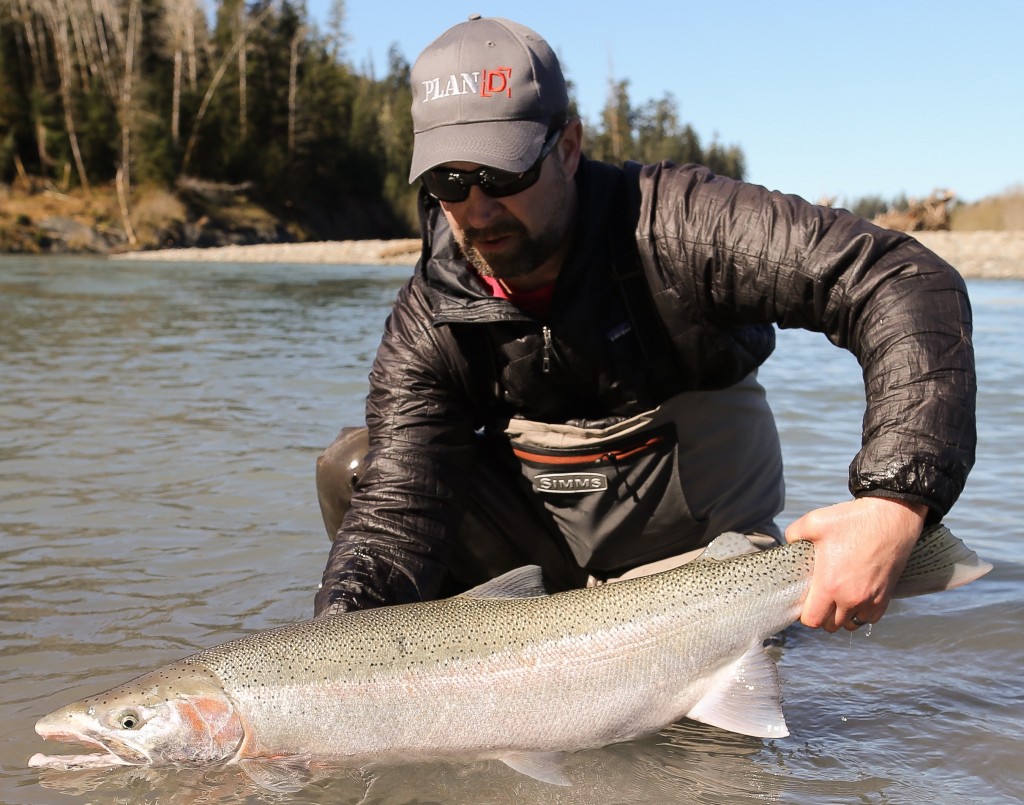 We are booking swing trips for salmon/steelhead, and gear trips for spring chinook.

If you really want to take home some of the best eating salmon anywhere, the best way to do it is with gear.  We have already seen a bunch of spring chinook this year, so now is the time to book.

This is the time of year I like to go fishing.  Fish-a-longs are swing only trips where I will do a fair amount of fishing too.  We take some money off the regular price, here are the ONLY dates available for fish a longs right now, remember, these are only swing trips. 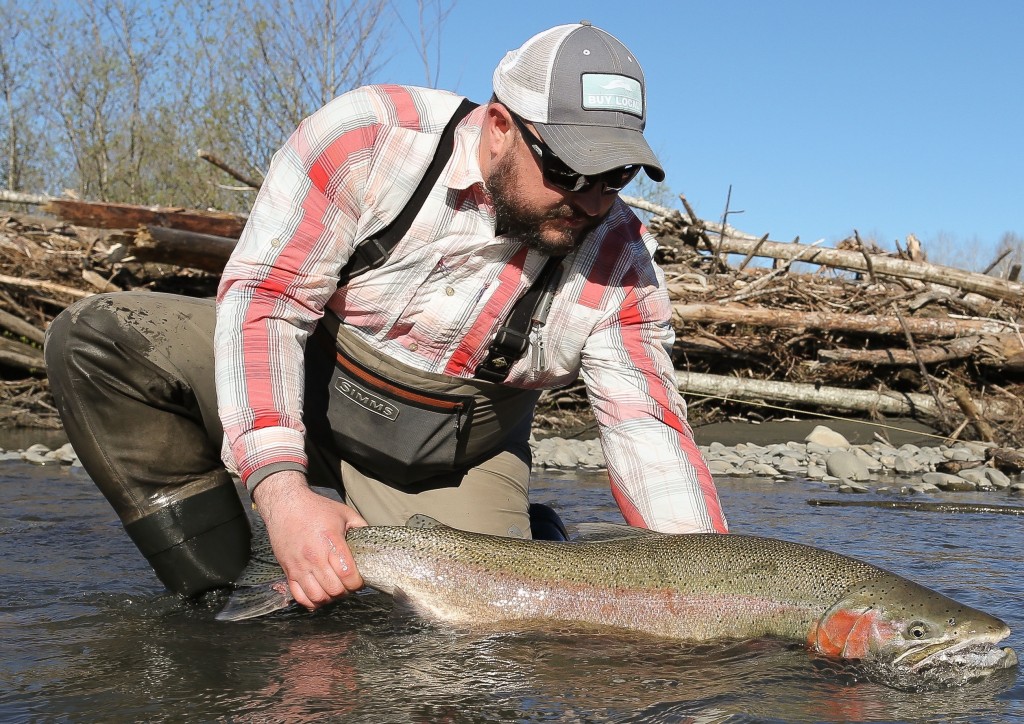 Sol with a nice winter buck, thanks Sol for the pics

One clear truth about this years winter steelhead season is that the space between steelhead was significantly greater than usual.

There was quite a bit of speculation early in the season that the unusually high flows were creating difficult conditions and that there were really a lot more fish around than we thought.

I disregarded this initially  but I may have been wrong to some degree.  As the water dropped in recent weeks I saw more spawning activity than I would have guessed. The Sol Duc and Calawah had good numbers of reds lower down.  The hoh was to dirty to tell, and the bogie is looking ok.

The fishing has taken on many of the aspects we usually see in late April or May.

We are seeing large schools of spawned out fish heading down the river, and spawned “rebright” hens so clean and bright that even experienced anglers are having a hard time telling them from new fish.

In the end I would say the run in the Hoh and Queets was poor, with the bulk of the fish showing early, and not many at all toward the tail end.

The Quillayute seems to be turning out ok at least.

Earlier in the season a lot of folks  mentioned unusually large numbers of fish in the very lowest runs of the Sol Duc and Calawah. We all wondered if the exceptionally dirty water in the bogie was turning these fish to cleaner alternitives. 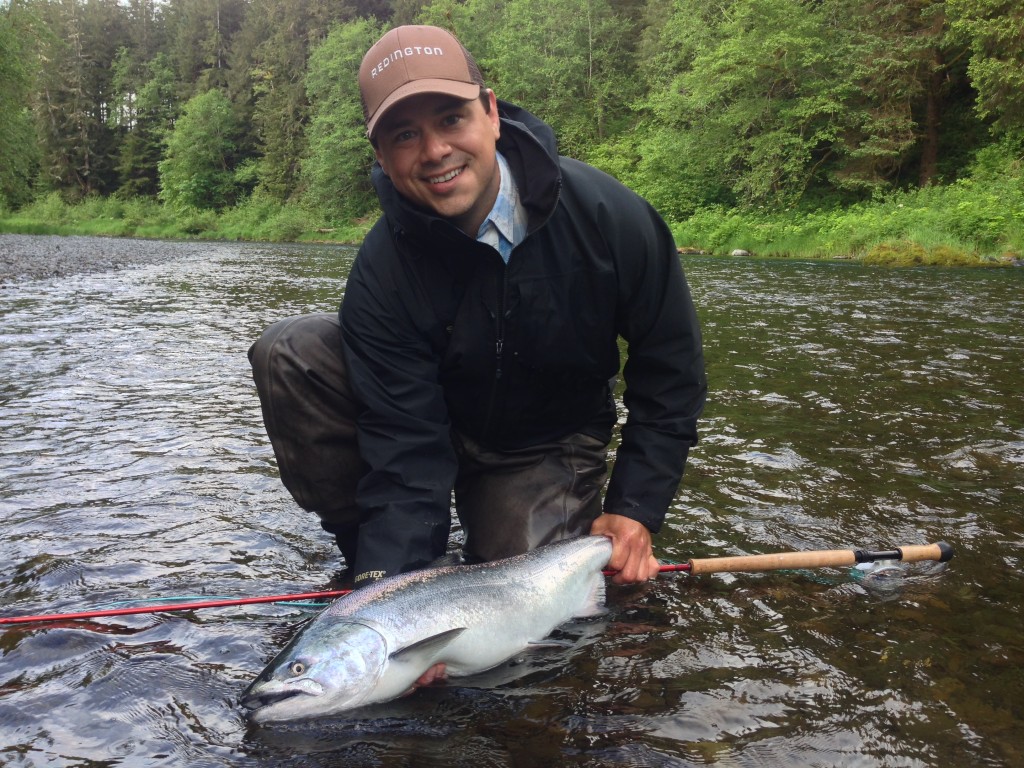 This is a swung spring chinook from last year. Ready to get one this year?

« Fly fishing for winter steelhead
Fishing, catching, some of the best weather of the year »
Blog Navigation