Fishing, catching, some of the best weather of the year

Its spring, one of my four favorite seasons to fly fish here on the Olympic Peninsula. It is definitely my favorite season to Spey fish.  Warmer water and weather, much lighter crowds, more aggressive fish and a nice mix of late winter and early summer steelhead, and spring chinook.

We have run into more springers than usual for this time of year, if you like to springer fish, book as soon as you can.

Cool things I don’t have pictures of.

People sometimes ask about why we show wich pictures and when.  Here is the story.  We take tons of shots of fish and everything else each week.  The best ones I put in a file to post whenever I get around to it and in no particular order.  We take pictures of only a fraction of the steelhead we land, and only post maybe one in 20 of the fish pics we do take.

Here are a few things that we saw this week I wish I had a pic of.

I spent a few hours sight casting at a school of big chrome chinook yesterday, they are tough to get to bite but just the chance to watch a fly cross the bow of these things is worth it for me.  (we did get one to eat, but the encounter was brief and ended badly for us).

A week earlier while indicator fishing we hooked a double header consisting of a low teens hen steelhead and a low teens spring chinook. Very cool to see.

Carl fished with Caleb and landed a 20 plus fresh lower river buck.  Ryan and John watched an otter and an upper teens spawned out buck steelhead in a death struggle.

Cool stuff happens on the river every day, and we catch fish right in the middle of it. 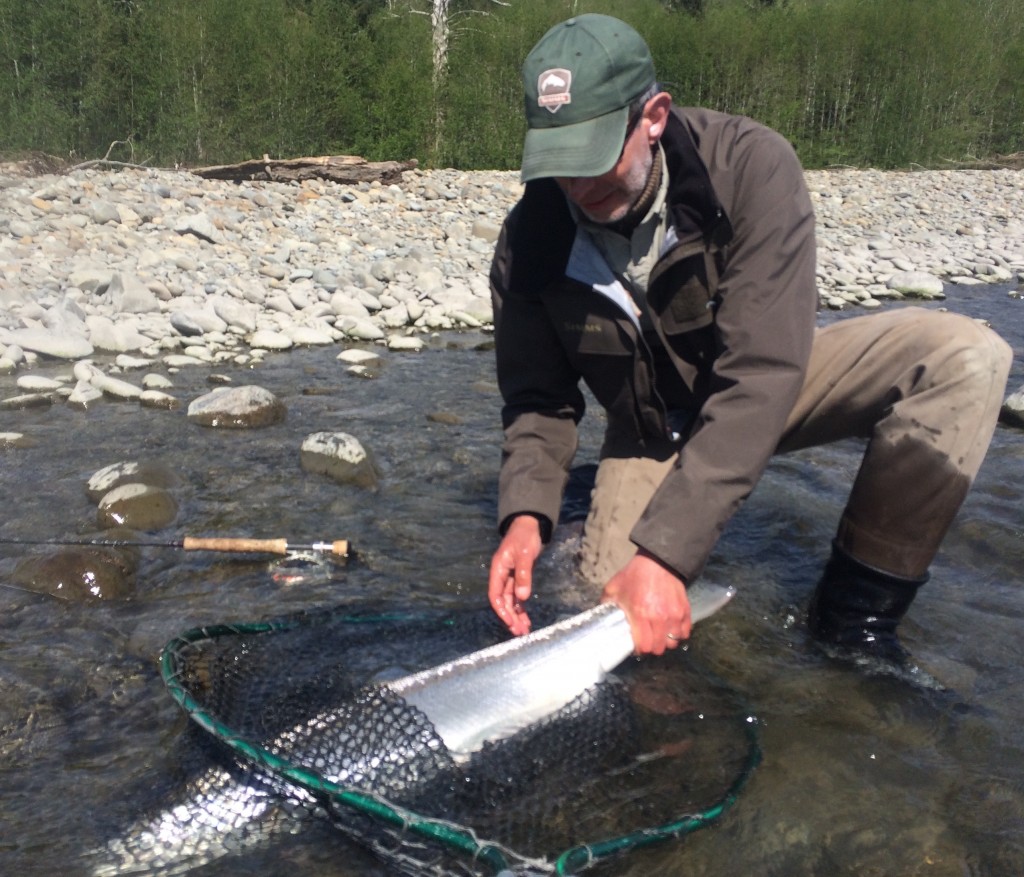 Thats a lot of chrome

A couple of workshop dates

One handed spey casting for trout, and everything else….may 7th  has one spot open. 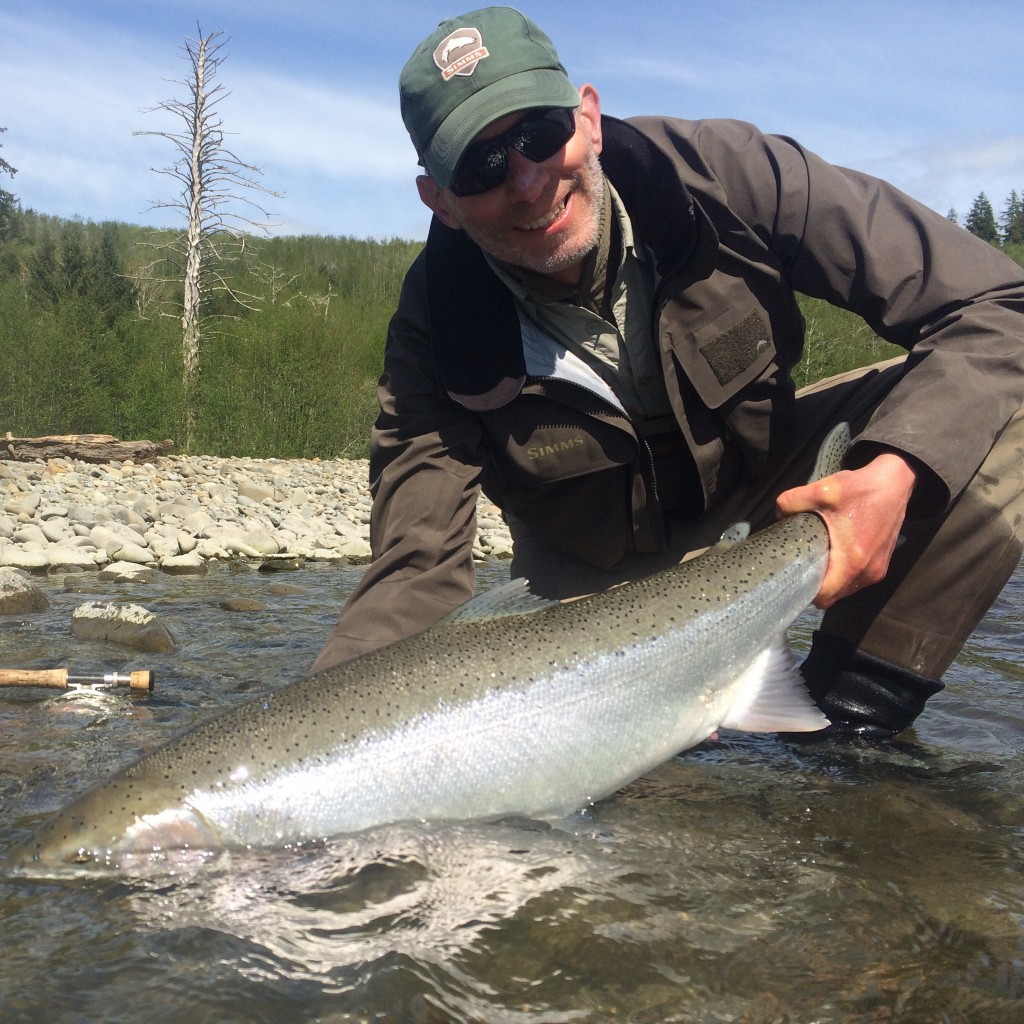 Tim with an April 14th beauty.
Over the last several years he has fished with us 30 days in April, and landed at least 1 fish every day

Dates that should not be open.

June 1 through about June 8 tend to pretty epic opportunities with all the rested water opening up.  This will give us a real shot at spring chinook, late winters and early summers that have never seen a fly.  Oh, and this year we may have water for upper river resident trout, that can be some great dry fly fishing.

We have quite a few of these dates open..send us an email.

This is the time of year I like to go fishing. Fish-a-longs are swing only trips where I will do a fair amount of fishing too. We take some money off the regular price, here are the ONLY dates available for fish a longs right now, remember, these are only swing trips.