We have had late spring conditions mixed with mid winter sleet storms and everything in between.

We also saw native fish spawning this year in January, and the redds keep coming.

The low water makes them easier to see and the warm flows in January got them started earlier.

Its cool to see so many spawning fish in so many different sections of river this early in the season. 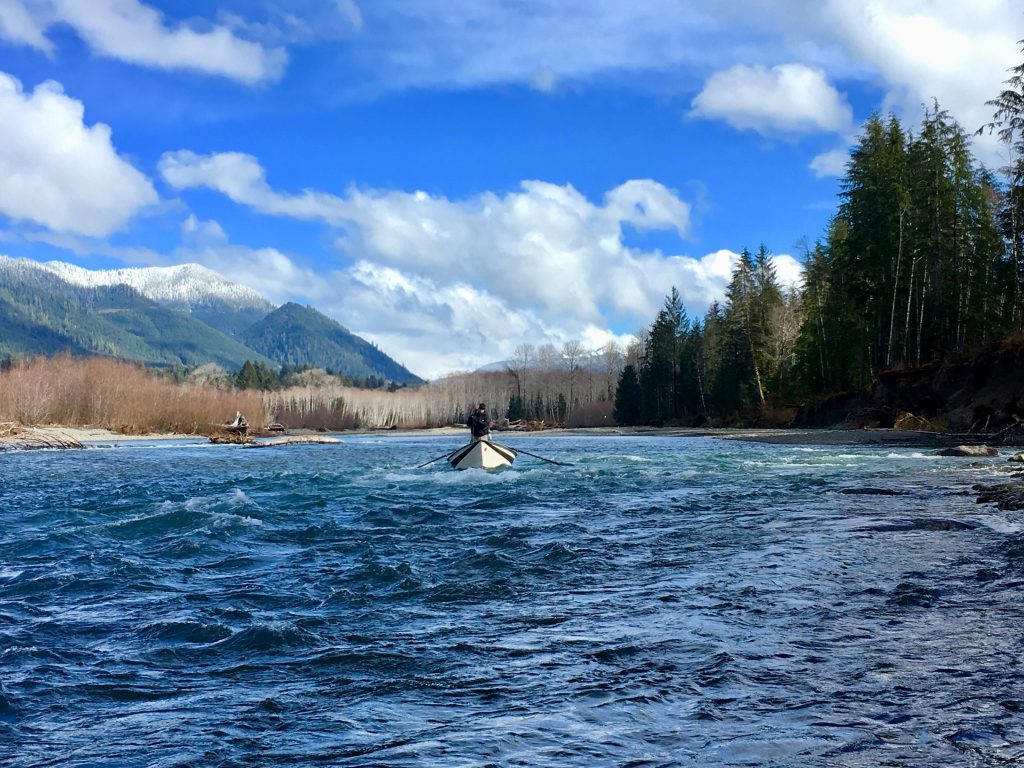 Its like this here everyday. well, some days.
Well, on this day it was.

Aside from the early spawning and some fish unusually aggressive to the swung fly, the other oddity is the large percentage of two salt fish, with less three and fours mixed in.

This means lots of fish under ten pounds but less great big ones than usual, although it may bode well for next year, who knows?

Here is something new.

Half day of fishing for steelhead in the morning and then switching for an afternoon of chinook fishing. 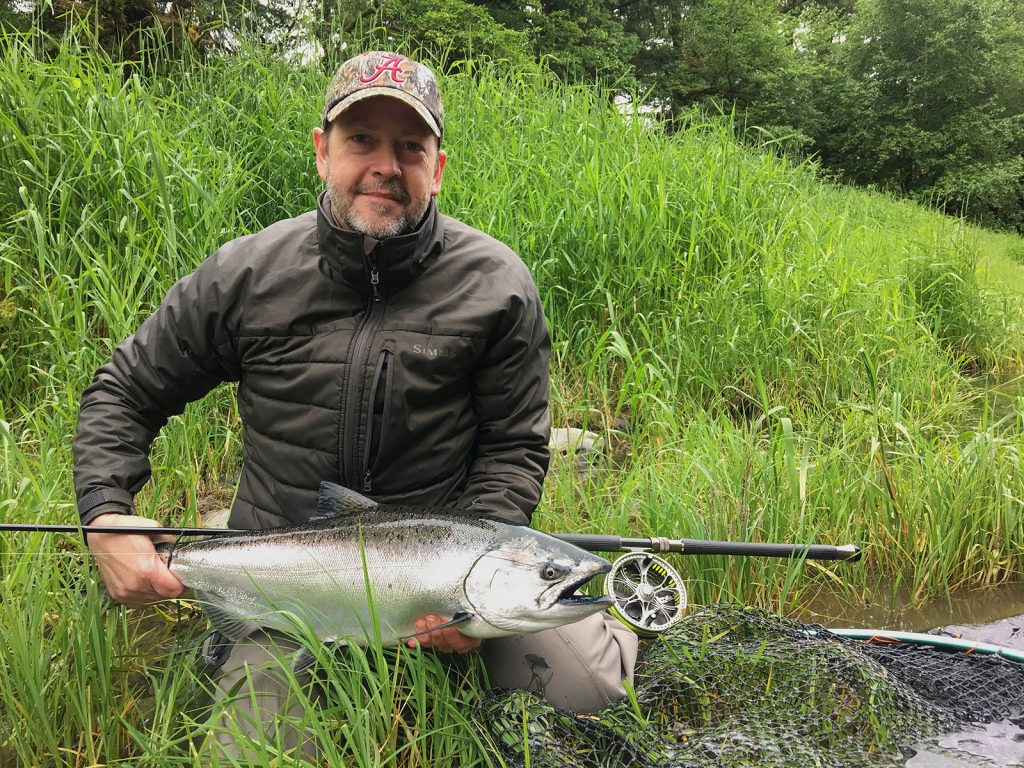 Some springers from last season, Thomas with the centerline

Right now we have dates from April 24 through 28 that would be great for this.  To  get the ball rolling I would offer a nice discount on April 24th. 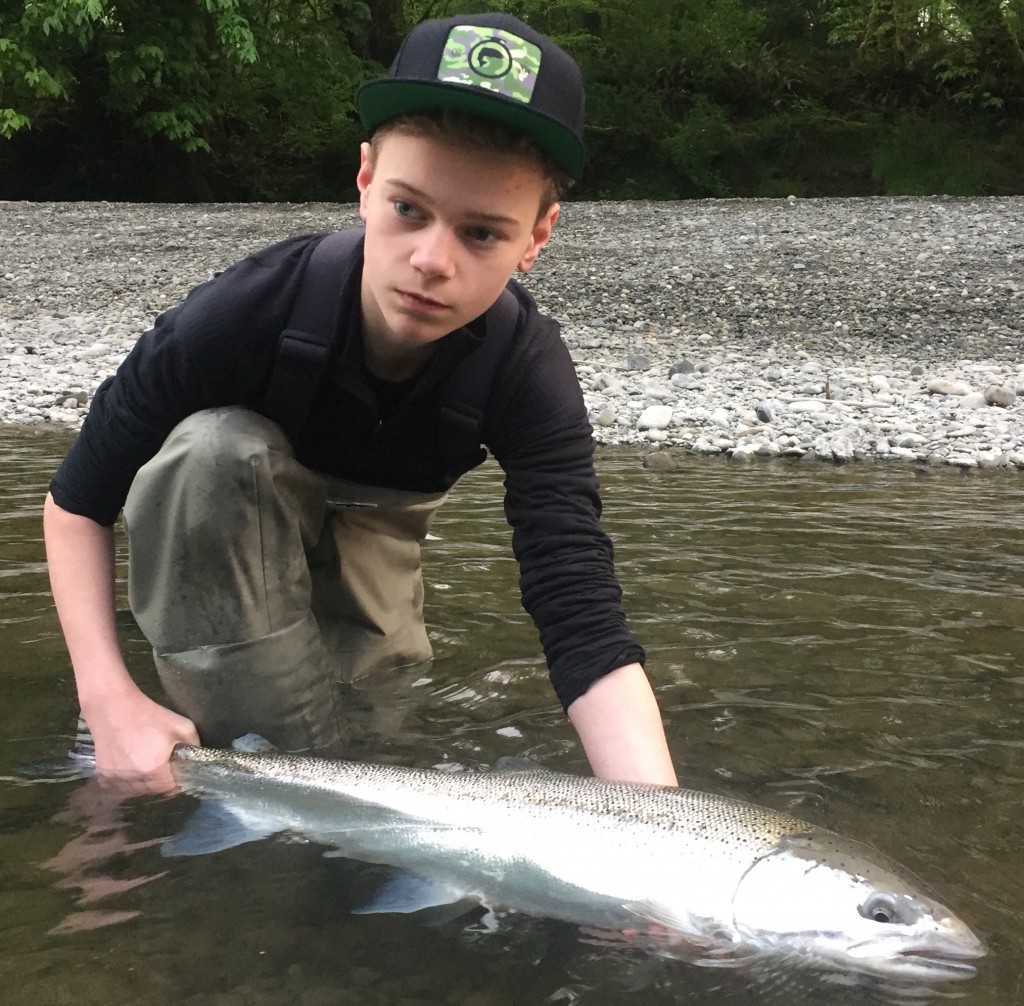