When I starting guiding for summer steelhead around Forks they were always combo trips.

In the Morning we would fish for steelhead, and then in the afternoon we would switch to 4 weights and target sea runs (coastal cutthroat).

After a bit I got the steelhead bug really bad, and would frankly go two days between steelhead rather than waste 3 casts aimed at trout.

I have changed my mind about trout a bit though and in the last couple of years I have spent more and more days guiding and fishing for them. 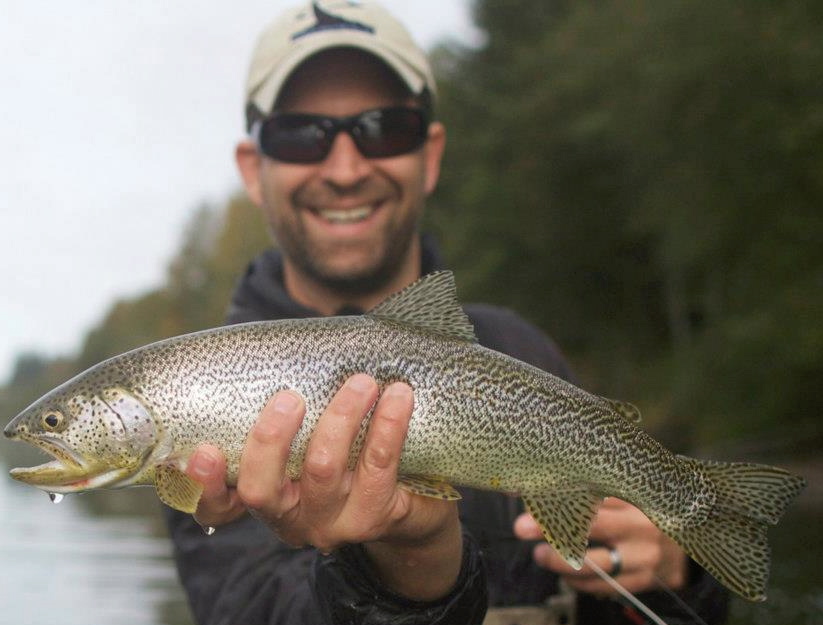 The Olympic Peninsula, is not known as a trout destination, thank god.  It is however a nice place to fish for them, they are here, and some pretty damn nice ones.  It occurred to me this spring that my intense almost 2 decade non stop uninterrupted steelhead safari has allowed my trout guiding skills to become a bit rusty.

So what the hell, a guy brushes up, gets his head back in the trout game and the next thing you know, presto, reborn trout guide. 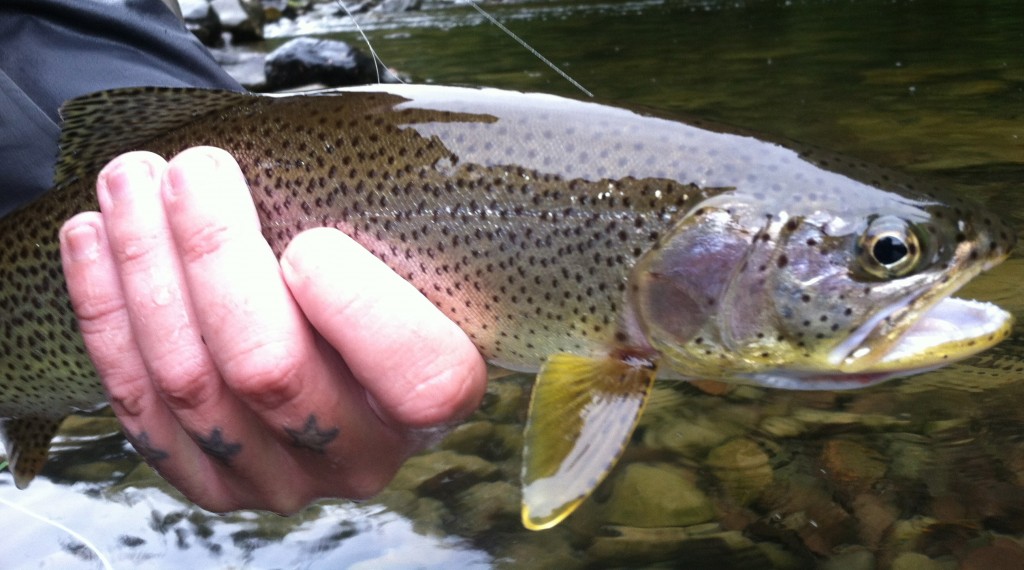 There is very little we actually know about sea run cutthroat, and what we do know mostly concerns Puget Sound and Hood Canal fish.  I think our fish have much different habits than the fish over there.

Here is what is for sure.  The eat bull head sculpin.  When they can’t find bull head they might eat something else, like fry or October caddis, but they might not.  They might just wait around for a bull head.

So, if you don’t have a better idea, you could try a muddler minnow