The interesting thing about cuthroat, or one of them

Posted on August 26, 2013 by raincoastguides

The general consensus about fly fishing for coastal cutthroat is that if you are throwing a reverse spider, and they are not eating it, they aren’t there..

This week the caddis hatch started up, and trout appeared where they haven’t been all summer.  Obviously they have been there all along, eating, well I have no idea what, but now they are eating dry flies.

And whether its the cool nights, or the first flush of caddis, the steelhead are moving more aggressively, as are the summer salmon.  If I could fish anywhere today, I would take a box of big dry’s and a 5 weight and walk around on the Quillayute system. 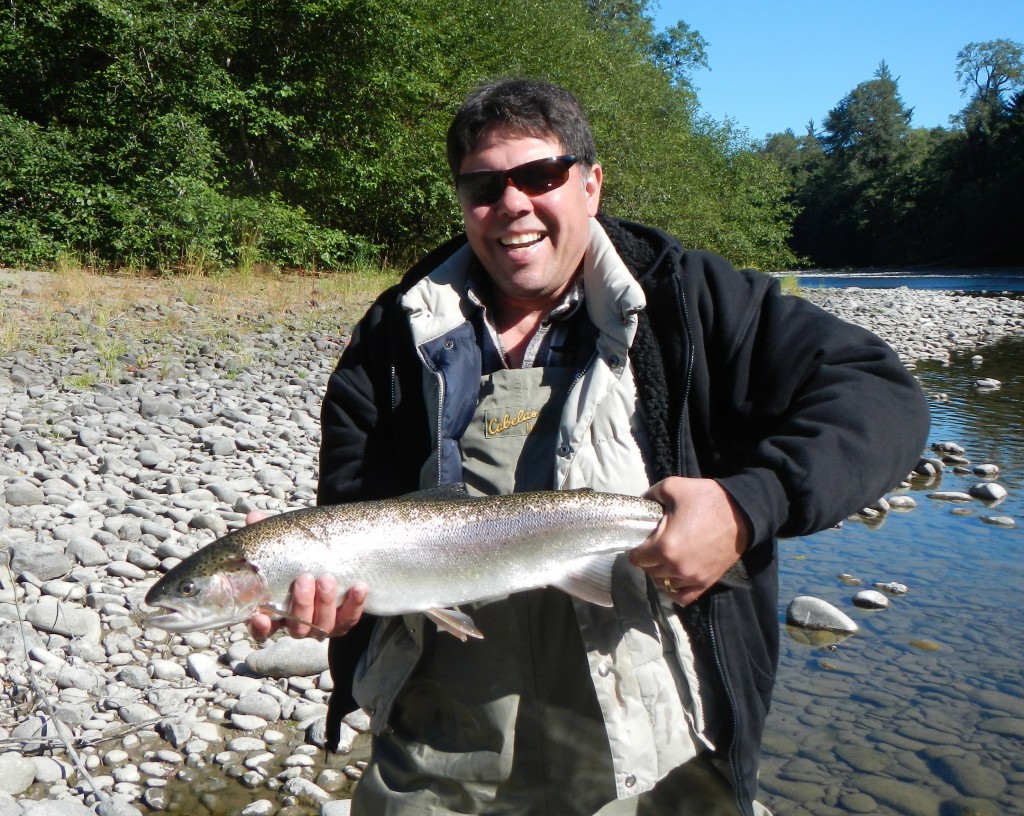 We found a lot of picky summer steelhead the other day, and a few less picky ones.

There are folks that only want to catch fish swinging with a two hander, or that only want to trout fish, or strip flies, or just dead drift dry’s.  For me, the way I get the most enjoyment out of the season is to  try to catch everything.  Trout when they are rising, steelhead where I find them, and tie on a bead head when I see rolling salmon.  Most of the day I will skate a dry, probably on a one hand rod, because the water is small enough, and it won’t be for long. 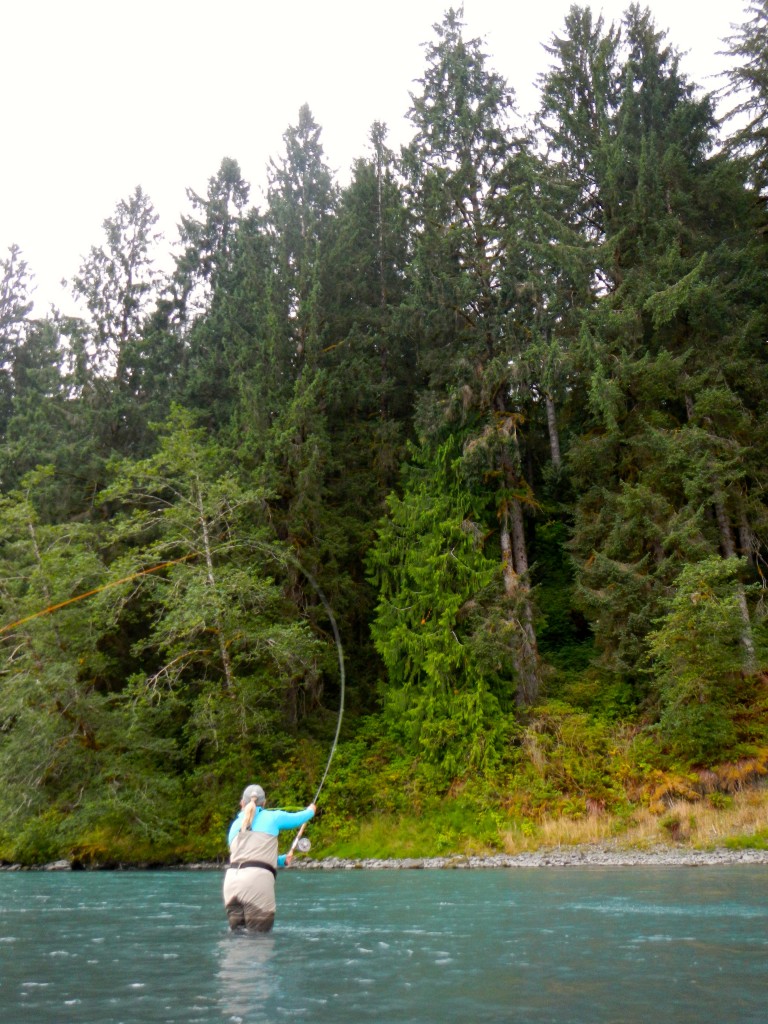 Maria reaching out there

I hope to have some dates to put up soon, I am sorting out the calendar and I know there will be a few extra some where.