Posted on August 22, 2013 by raincoastguides

Rain in the summer?  Who would of guessed but it looks like we might get a few more drops.  Awesome.  The steelhead, which were suffering the great August boredom have all ready begun to phase into their Autumn cranky.  The flies they were ignoring, or running from a week ago are now getting  angrily batted at.

Soon, as the bugs get thicker, they will get gulped.

As for bugs I encountered a hatch like none I have ever seen here.  I am not a bug geek, at all, so maybe some one can help me with this.  It seemed like a termite, maybe a size 20, there were about 4 grillion of them, and every trout in the river was just swimming around sipping them like they thought they were in Montana.

I saw more rises in two hours than I have seen in the past 5 years, for real.  Most of he cutthroat were small, 8 to 13 inches, but it has inspired me to dig out some size 20 hooks.

My camera fail this summer has been epic, so thanks to Maria for shooting this pic of Andy last week as he fought a bright summer coho. 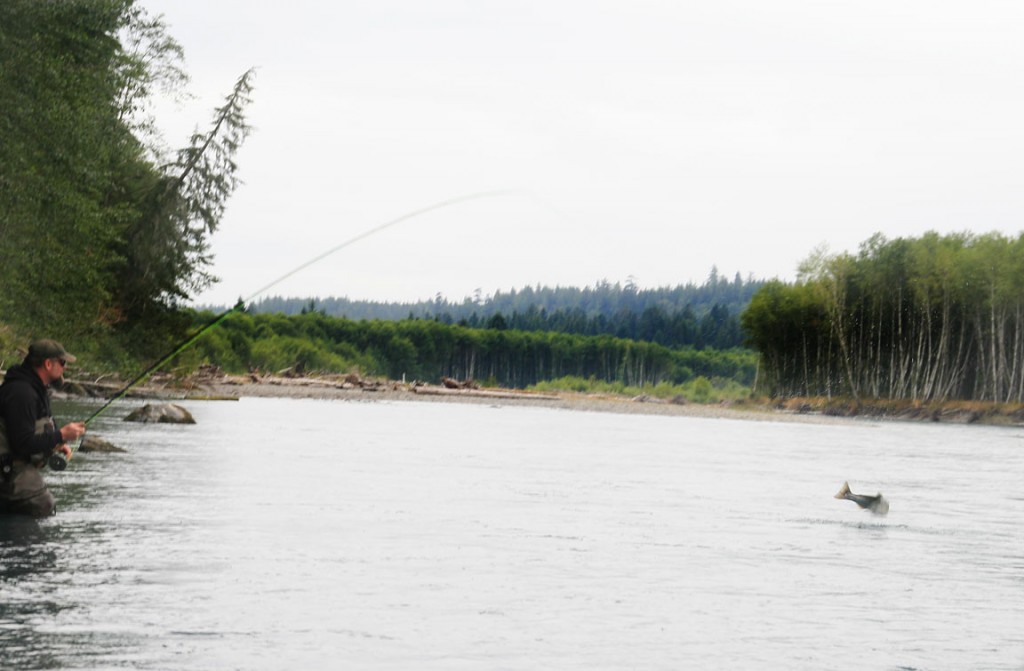 nope, not a steelhead

2 Responses to Bugs, and rain

« Cool Mornings
The interesting thing about cuthroat, or one of them »
Blog Navigation