Sorry for the long absence.

Fishing has been, over-all, good.

Yes I have now had two days this season when we didn’t even
hook a fish, but I have also had some of the best fishing I have ever seen in
February or early March.

The weather has been …awesome.

Thanks to everyone who has come out so far, you have made it
fun.

As for the crowds there are an awful lot of boats around but
most days I have been able to hide. 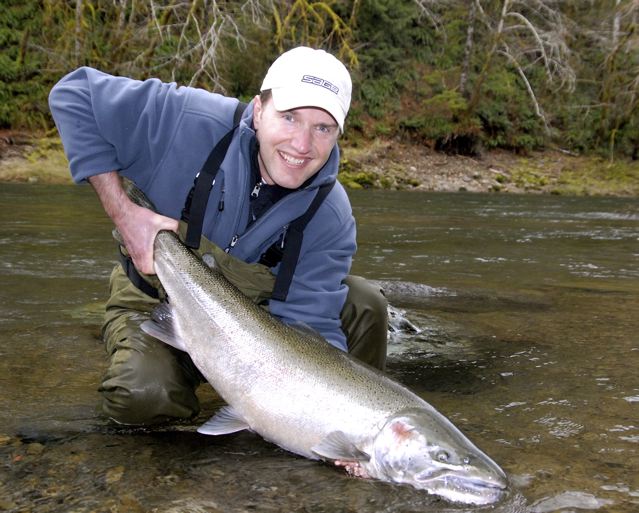 The fish was caught on spinning gear and a jig and float rig.  I like the fact that the picture looks very honest, no attempt was made to “blow up” the fish.  This fish was neither weighed nor taped, but estimated about 27 pounds.  When you fish the Peninsula in the winter this can always be at the edge of your imagination.

Something like this could always be very near your fly.  If you want a fish like this every cast, mend , and hook set, matters this much.

How cool is that.