Posted on February 25, 2013 by raincoastguides

Turns out I had a hard time re-booking the weekend, maybe something to do with high water and inches of freezing rain.  Worked out o.k. though, I got to do a bunch of long overdue work on the boats and order some fresh gear.  The fact that I feel pretty ready for March only makes me think I must have forgotten something.

So far it does not seem like the rain has brought a big batch of new fish, but it will at least spread the boats out a bit and give us a chance to fish some water we have not gotten to in a while. 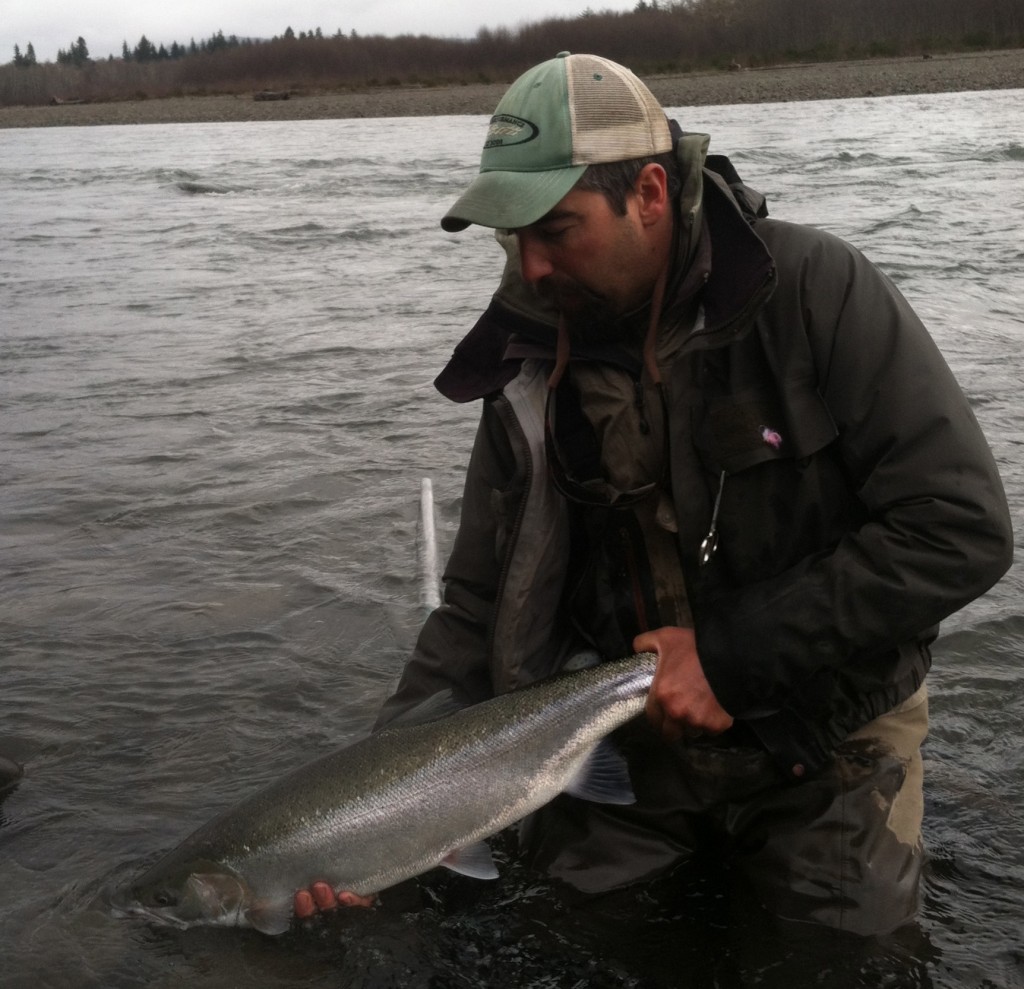 This round buck was exactly where he should have been, how refreshing.

I had a couple of truly awesome days getting to fish the lower rivers at low flows.  We did not catch a ton of steelhead, but when the water is so,so, perfect I just enjoy every second. Fishing water that is perfect for your gear with the knowledge that big chrome native steelhead are sliding through…well, its what its about, and I love it.

When the rain hit we fished the Hoh as it blew out, and the next day we did the same on the Sol Duc. We were a few hours late getting to the Hoh but we hit the Sol Duc at the last possible second and despite gusting winds and endless sheets of rain managed to hook a handful of nice fish.

Fishing the front of a blow out, with full knowledge that just a few miles behind you the river is all ready brown and blown, if you slow down too much, that water will catch you. You can watch the river change second by second, the boulder gardens disappearing, the banks filling up, the water tuning color.  There is a great chance that you could hit the mother load, a big bunch of fast moving hungry fish just in from the salt, and then the water rises, and changes, just a little more, the river covers everything and that chance is gone.  Until the drop, which is maybe only hours away in the upper river.

March 14 through 17 just opened up for Bret, awesome dates with a great guide.  If you were looking for guided spring dates on the OP this year this could be your last best chance.