Posted on February 25, 2012 by raincoastguides

But plenty of fish too. It’s that time of year. I have been cancelling some trips due to high water, but really there are enough fish around to catch some swinging even when its almost in the trees. 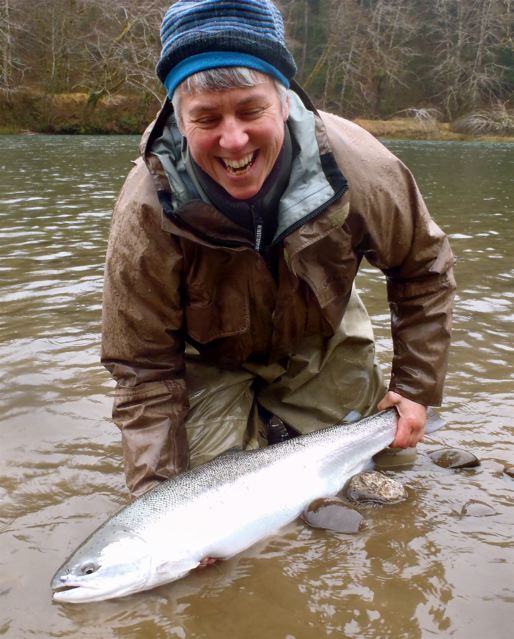 I have been hearing a lot about crowded conditions, but so far with the exception of one day on the Hoh I have not seen many anglers. I think the key is just to have faith in getting off the grid. 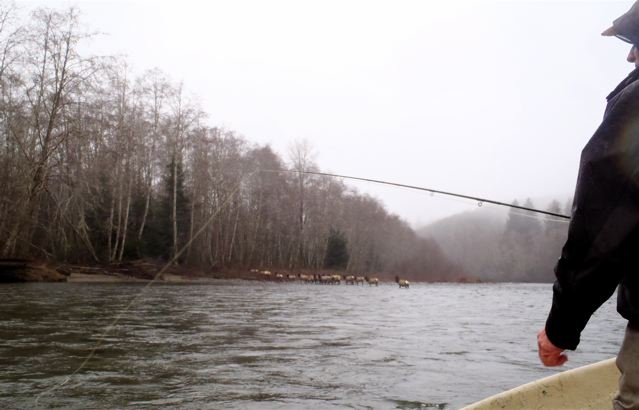 I dare you, Hook one, a seven weight can handle it.

There are big fish around, if you stay in the game long enough the odds are in your favor. Ryan had to weed through a bunch of smaller fish before he got to this nice buck. Which I guess is worth the trouble. 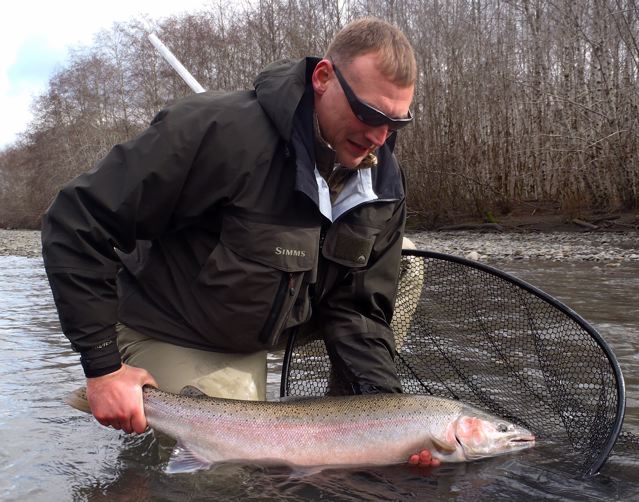 So some open-ish dates, tomorrow for a cheap single, open seat March 27th and 28th, any two days between April 11th and 14th.