For whatever reason the Olympic Peninsula is known for it’s march April fishery but not so much December January.
This month we are seeing great numbers of Hatchery steelhead in the Hoh, Queets, Bogachiel and Sol Duc.
The hatchery fish are not as large on average as the spring native steelhead, but lot’s of them break the 10 pound mark, and given decent water temps they will eat a swung fly just as fast. 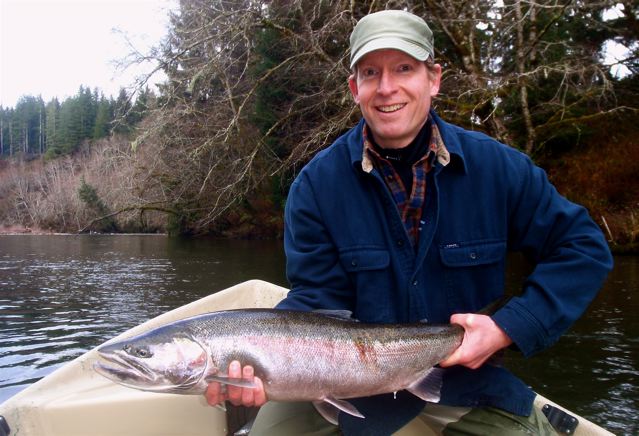 Mike, with his third and largest fish of the day 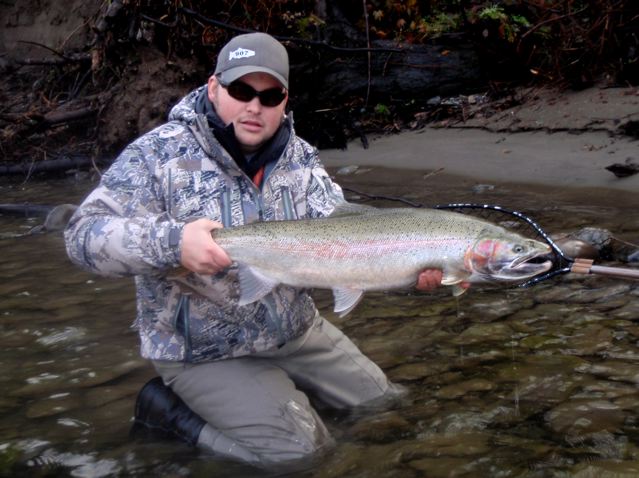 Remember this guy from last week?  He came back and stole this fish from the peoples hole on the way through.

These larger bucks are showing some color, but most fish are still chrome bright.