Two excuses.  First, I have not had my camera, so without good photos I tend to get uninspired.  I will have it tomorrow.

Second, I really have been trying to write a bit about the park closure on the Hoh, but just can’t put my finger on what to say.  It is a very simple problem, which the three government entities involved all agree must be addressed, and all agree on the same solution, somehow though, they can’t agree to work on it together.

The state and the Hoh tribe both agree, that by their own best science, there are not enough summer kings to allow for a season.  And they both recognize that sport fishermen and tribal netters are going to kill a lot of these fish if something is not done.  But neither can agree on exactly how the other should be limited in their fishing, so, they have agreed to do nothing. In the case of the Hoh tribe, it seems from where I am standing, that they have actually stepped up their netting effort on the river, although not on paper.

The result is that the summer kings will be wiped out and the river will end up being closed to all fishing, there really is no other logical outcome.  The tribe and the state are co-managers here, it’s their job to work together to implement fisheries management plans that work for all interested parties.  That means tribal fishermen, sport fisherman, and every resident of the northwest that thinks healthy rivers are important.

The state should implement a selective gear rule on the river to help reduce bycatch of kings, the tribes should stop drift netting and start issuing far fewer ceremonial and subsistence permits.  These options were both discussed, just not acted on.

And the state, the tribe and the park should get together and jointly hire a new enforcement officer so they can stop arguing about who’s cheating on what.

But, everyone knows whining on the internet never gets anything done, so how about this, why don’t you email Phil Anderson, the director of WDFW, and tell him it’s his job to protect Hoh summer kings, and to make co-management work on the Hoh, [email protected]

I think the Hoh tribe is willing to talk about creative solutions to protect kings while still allowing for fisheries.  Its time for the state to step up and get the job done, or be willing to accept the blame when the inevitable happens.

And the park?  Well the Park has closed all park waters to protect these fish, except not to drift netting, and every one involved recognizes that this will not save more kings than you can count on your fingers.  Still, this was a bold statement by the park, clearly putting the blame on state and tribal fisheries managers.

Except after they made the regulation change, they released a statement hinting that this decision should not be viewed as a bold statement laying the blame at the feet of state and tribal managers.  Way to step up guys.

So lets us step up.  email Phil and say listen, we will go to selective gear, the tribes can go to less days, and maybe you are going to have to find a way for them to get paid to take a few days off, if so, we will find the money.  Just get the dammed job done.  A lot of people are watching, and none are impressed. 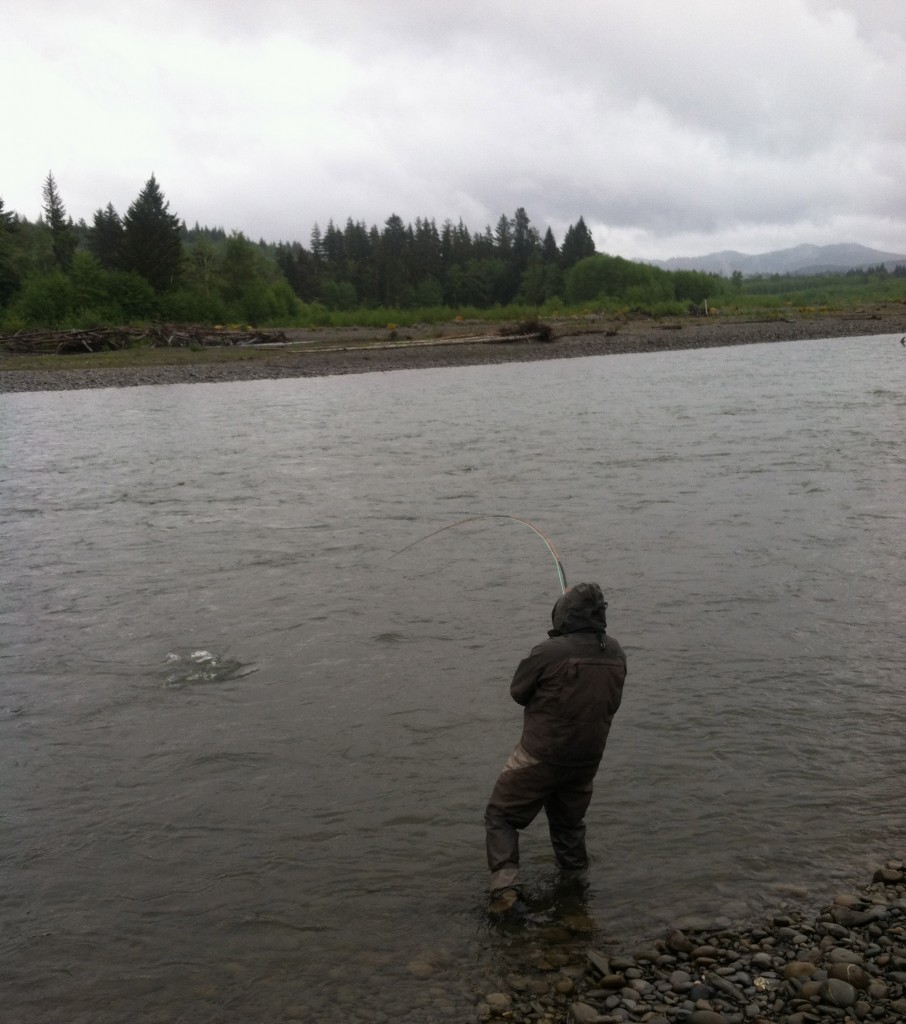 Mark bends the bamboo spey on a nice steelhead, sorry about the crappy cell phone pic 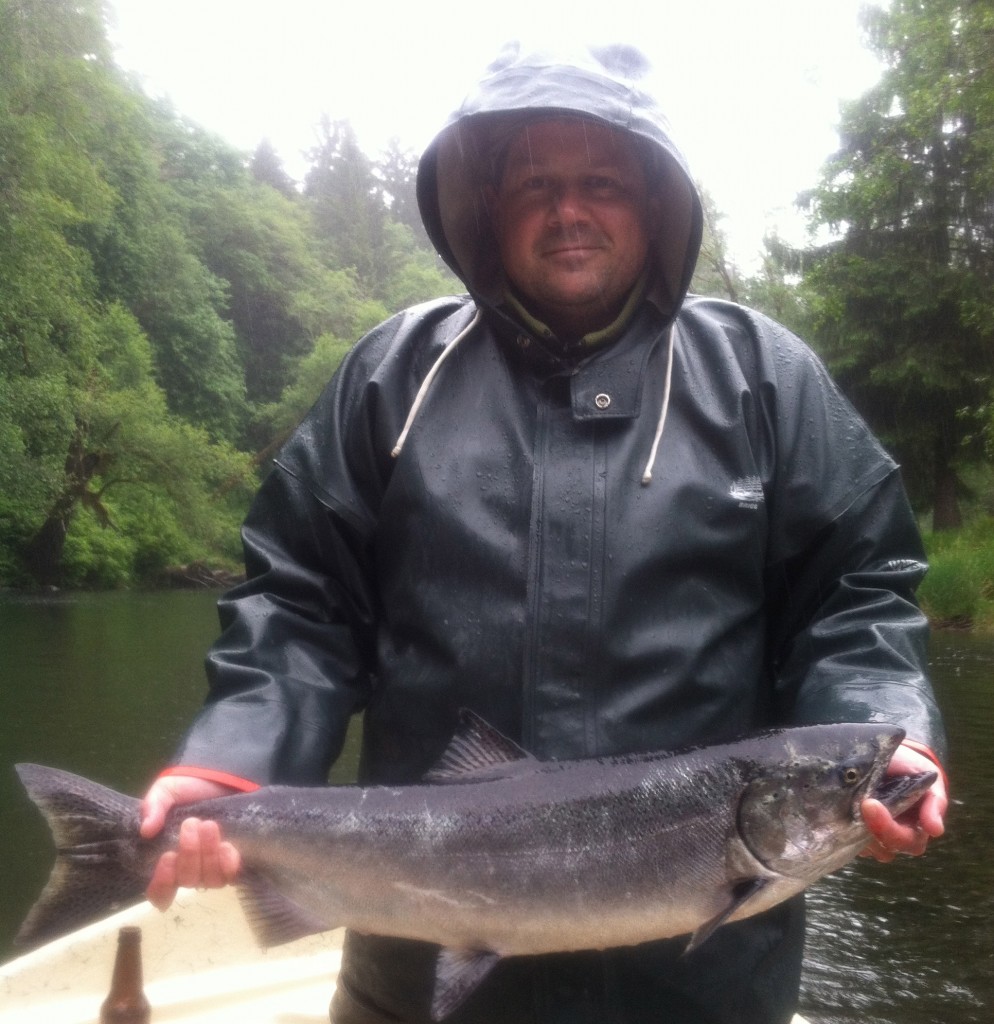 Shad, with a spring Chinook bound for the grill,

One last thing, email Phil.  Be friendly, but let him know we are watching.  Hoh summer king management is a slow motion train wreck in progress.  First summer kings, then fall kings, then…whats that? Yep ,winter native steelhead.  Time to act.  It will make you feel better, and with luck, a little madder.