It’s raining pretty hard, and despite the fact that a whole
lot of steelhead are still coming up the rivers I am declaring winter steelhead
season officially over.  It’s now
almost spring Chinook, soon to be summer run steelhead season, which is the
time of year you float down the river and catch, well, whatever eats your fly. 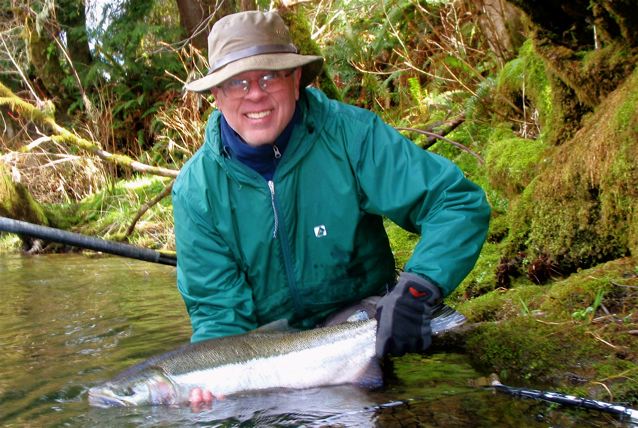 The return of spring steelhead this year was great in a quite, like it used to be way,
the lower rivers had a real feeling of being alive with fish.

There are still plenty in there, when the water comes down I
wouldn’t be surprised to see the fishing last until the end of the month this
year, if you ever wanted to swing now would be a great time, but as I said, winter steelhead season is over.