Posted on October 10, 2013 by raincoastguides

Right now I have room on the 29th and the 3rd, and more dates starting the 8th

Its a different kind of salmon season this year.  For the past couple of falls low water has kept salmon balled up in the very lowest portions of the river for weeks, until little spurts of rain sent them plowing upstream in huge wads.  The fish would move up river day by day in the same thick school they first came in with. 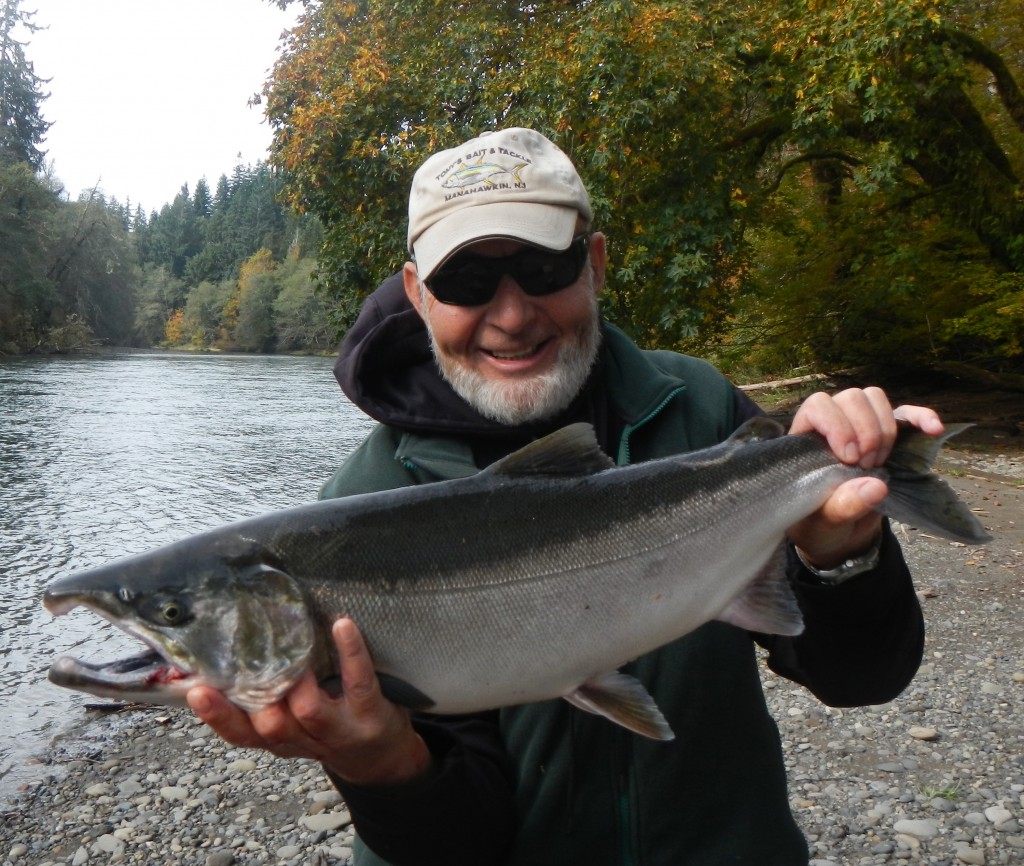 Grandpa with a coho

This year higher flows have made it possible for the fish to move whenever and wherever they want.  It has led to fish being spread out through out the river, but not overly concentrated anywhere.  Its a really big change.  The techniques that I usually use to catch fall salmon hinge to a large part on fishing over a lot of fish at once.  Streamer fishing from the boat is not something you want to have to do for 7 miles.  So I have adapted, and, as all ways, the conditions will change, maybe faster than we can keep up with.  That’s fly fishing. 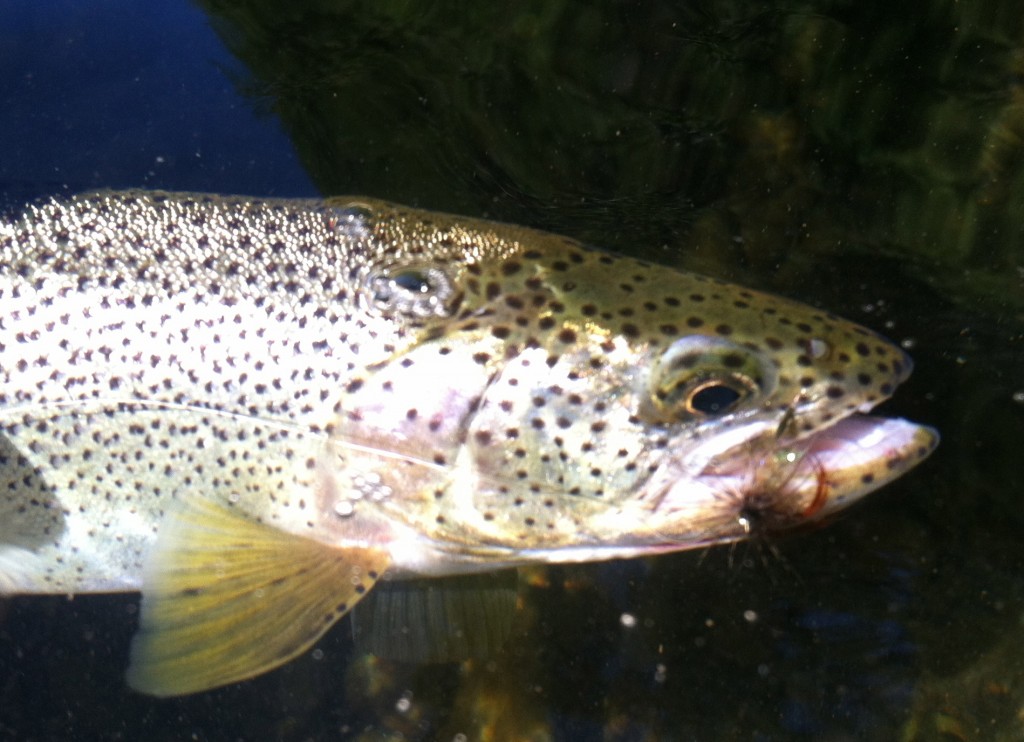 I will remember this trout fishing for a long time

The other aspect that is different is that if your used to judging run size in low water, doing so in higher flows with the fish spread out makes it hard to compare with previous seasons.

So far, and its still early, it seems like we have a higher number of kings, and a much higher percentage of native to hatchery coho.  In the case of the kings, it may actually be a larger run than usual, or it may be that the higher flows are causing many more of them to escape the nets in the lower river.  In any case there are a lot of fish for this time of year.

The next ten days will tell us a lot.