Posted on December 21, 2015 by raincoastguides

It just won’t quit.  It just keeps raining and raining, yes I know I am whining about rain in the rain forest but the only break we have had in a month is when its been hailing.  Which is an improvement if only for the sake of diversity. 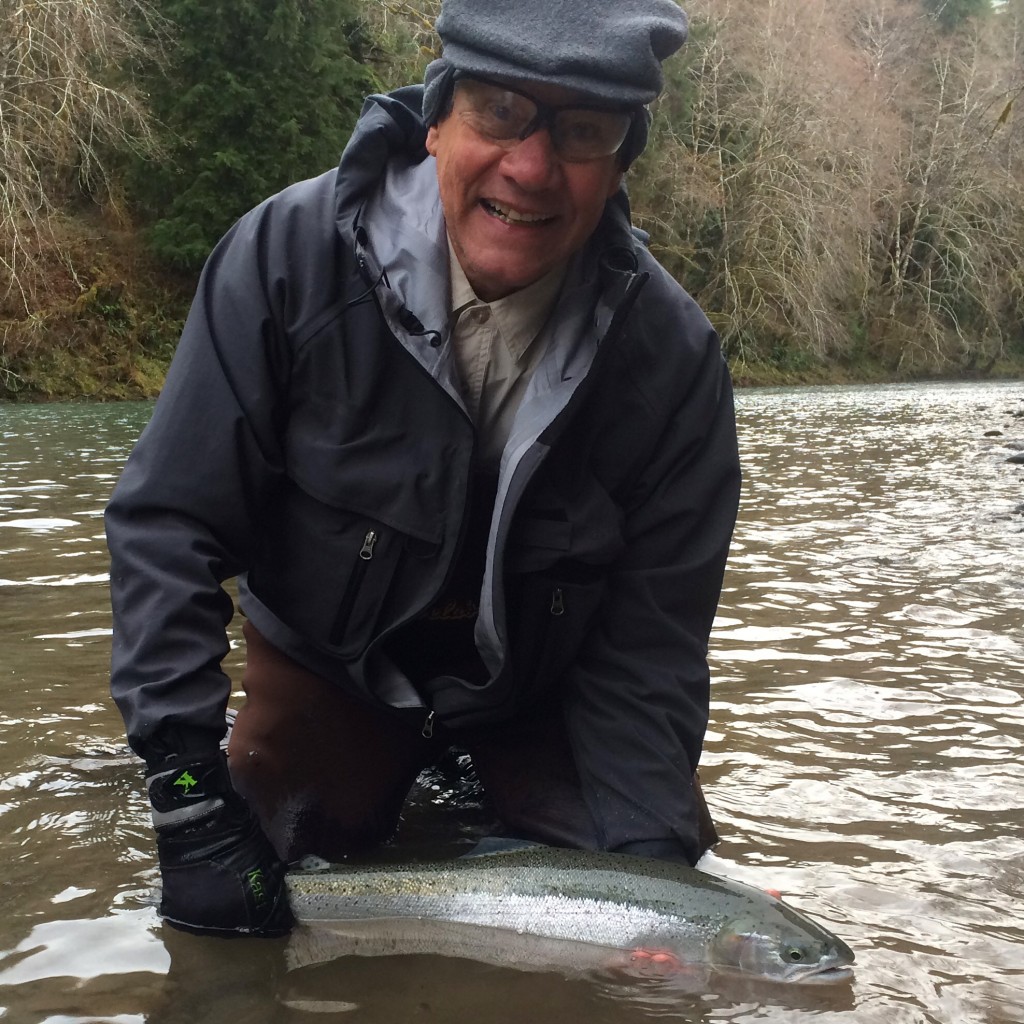 Paulo, with an early season native steelhead.
They are there, if the water will just drop for a second.

It should be the peak of hatchery steelhead season, but all this water has let a ton of them right into the hatchery.  I am not sure how many are left.  It should go until mid January, but we are going to need a break in the weather to really get at them.

We are getting more wild fish already, which is nice.  Another couple weeks and that should be in full swing.  Its worth mentioning that these are typically the biggest native steelhead of the year. We have some open late December dates, some January, and a very few February, March. 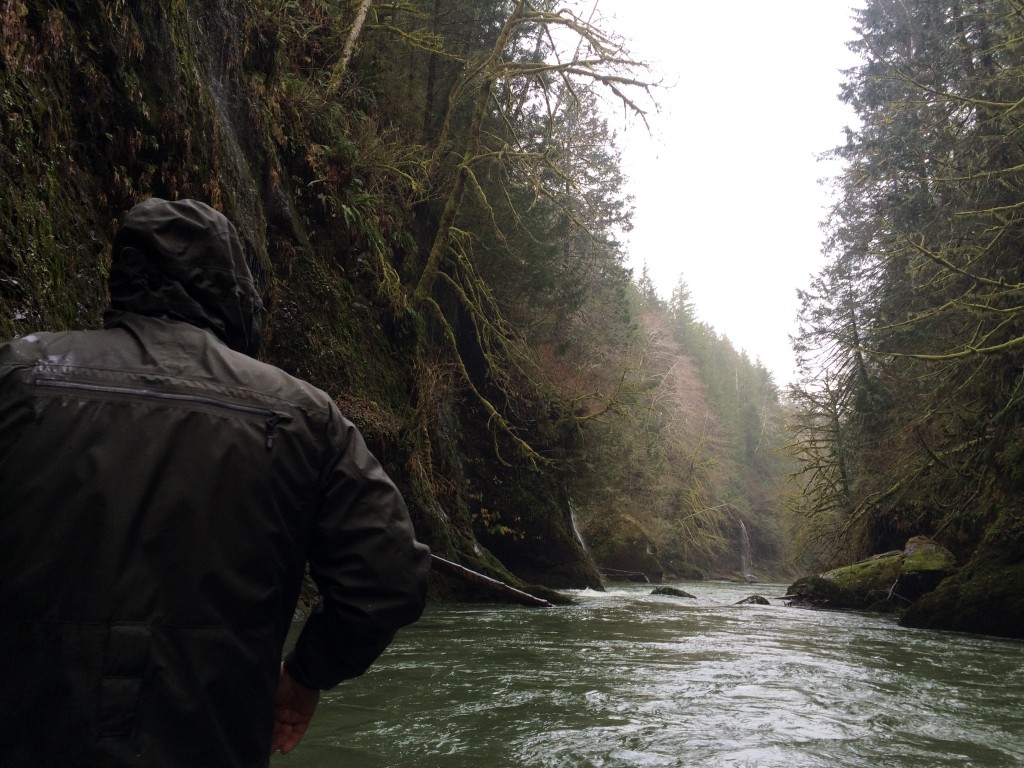 Find some green water, catch some fish.
The first part has been hard.

One of the nicest things about this time of year is all the water is open, and there are a few fish everywhere.  It seems like you can normally get quite a bit of water to yourself.

If you like to spey fish this can be a very good season, however expect to wade deeper and cast farther for your fish.  Early run native steelhead bite the swung fly better than any others, but high flows can make them challenging to reach.

Tree in the road on the way to the river