Posted on February 10, 2012 by raincoastguides

The fishing has been good, the fish have been big and one of the cancellations I re-booked re-cancelled, so if you want to go fishing on February 15th give me a call, or better yet an e-mail. 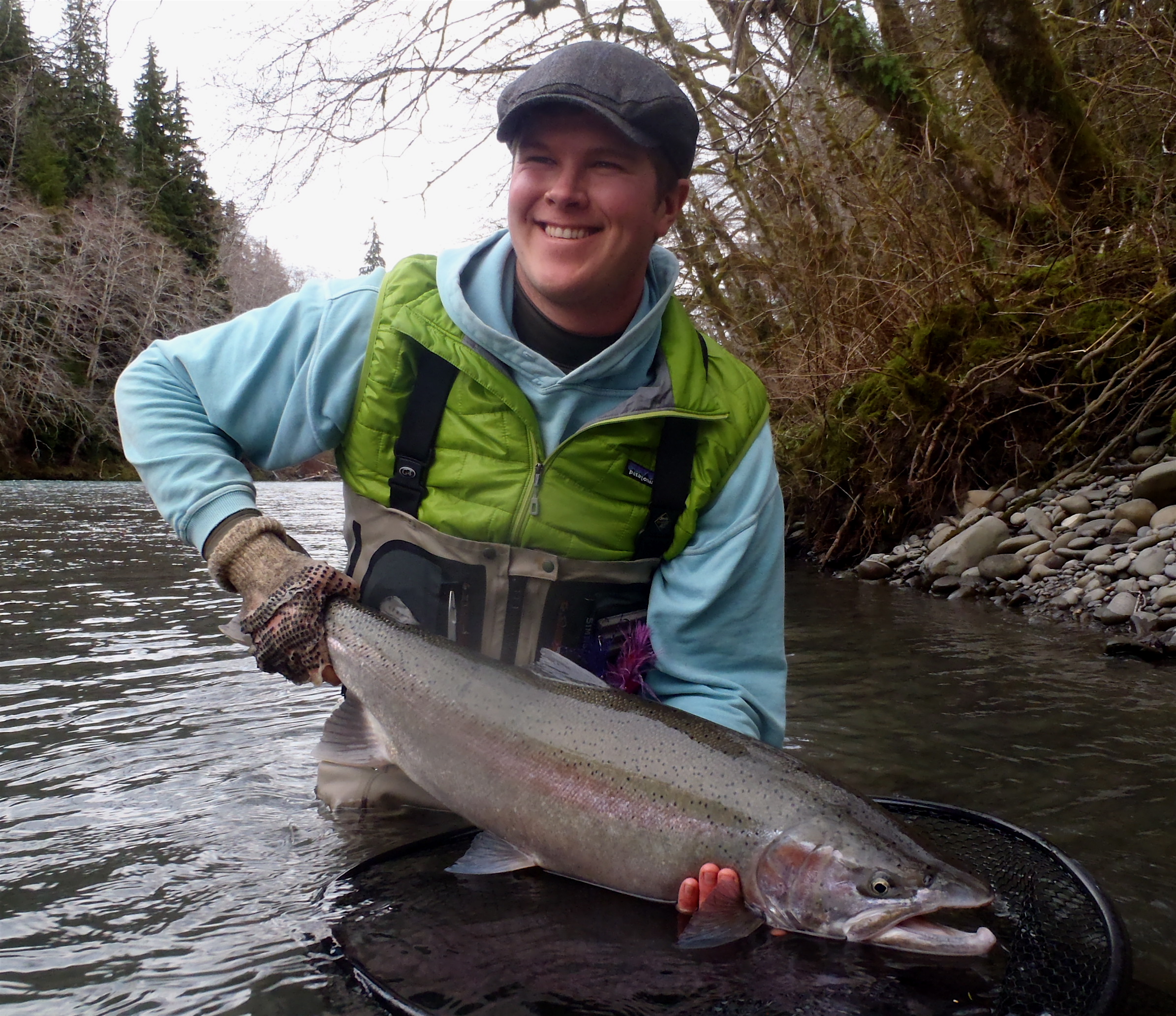 Jake with a fish

Often I will tie a steelhead fly with a specific spot, water condition, and fish in mind. It is a very specific tool, like the box end wrench I heated and bent just so, to make getting the heater in the boat easier. It has one job, its great at it, and the rest of the time it sits in the box doing nothing.
Of course you have to have a few general purpose bugs too. The following are a couple that I stole, and adapted, or misremembered, or transmorgafied along the way.
Last year folks where excited about a fly called a prom dress, but some how it escaped my notice, I did here about it a bit through the grape vine when Joe Willauer started catching some fish on it around here. Now I did not see the fly, but I heard it was real flashy, so when I found a real flashy fly on the river a few days later I assumed it was Joe’s, I might have been wrong, I never checked with him. I liked the way it fished though so I took it home and tied some of my own, making changes in the color, size, maybe the materials, but I like to think at least keeping the same spirit.
This fly is not really a prom dress, and probably not too much like the fly Joe ties, and Joe if it is your fly, and was supposed to be a secret, well sorry, you shouldn’t have left it on the bank.
Any way, I think of it as “Joe’s Prom Dress” 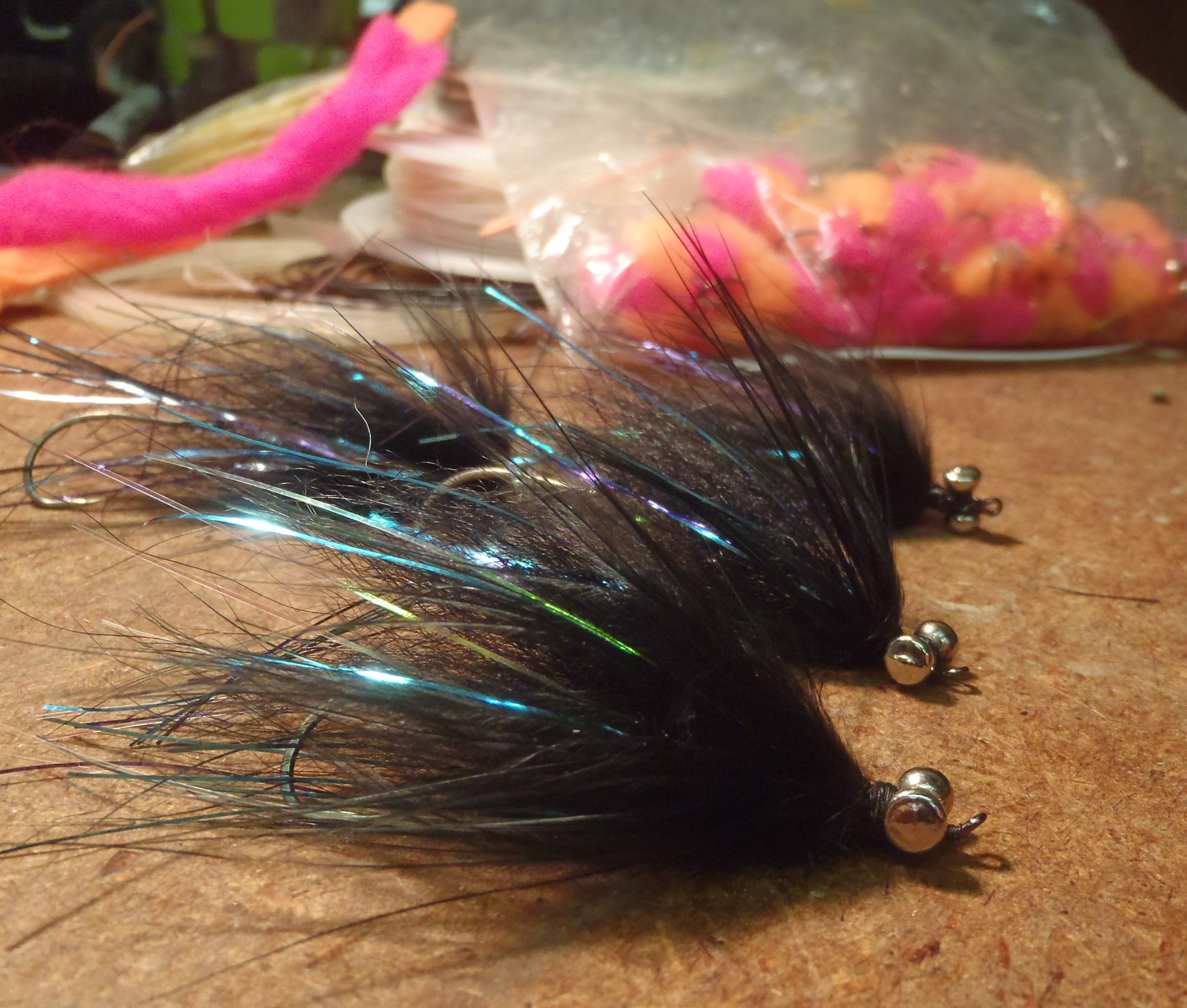