If success in this pursuit is catching a fish, we have a problem.  Obviously there is a lot more, or less, to it than that.  To me, the one requirement to make the puzzle interesting , is being able to believe that all the pieces are there, if everything worked out right we could catch a fish, or many.

Right now the river is perfect for trying to swing a springer.  If I had headed down there at dawn this morning, and fished the right spots, I probably would not have hooked one.  But if I tried it for the next four mornings, I probably would, and I might hook several.

So the slim chance is enough.  Some mornings, before we even see the river, I know that its gonna be easy, other times I know it will be hard, but if we work and fish smart, the rewards will be great.  And then there are the days when you know its gonna take all you have, plus some unforeseen good fortune, gamblers luck. I mean come on, there are other players at the table here, the fish have a say as well, and sometimes even when the cards are in their favor, they screw up. 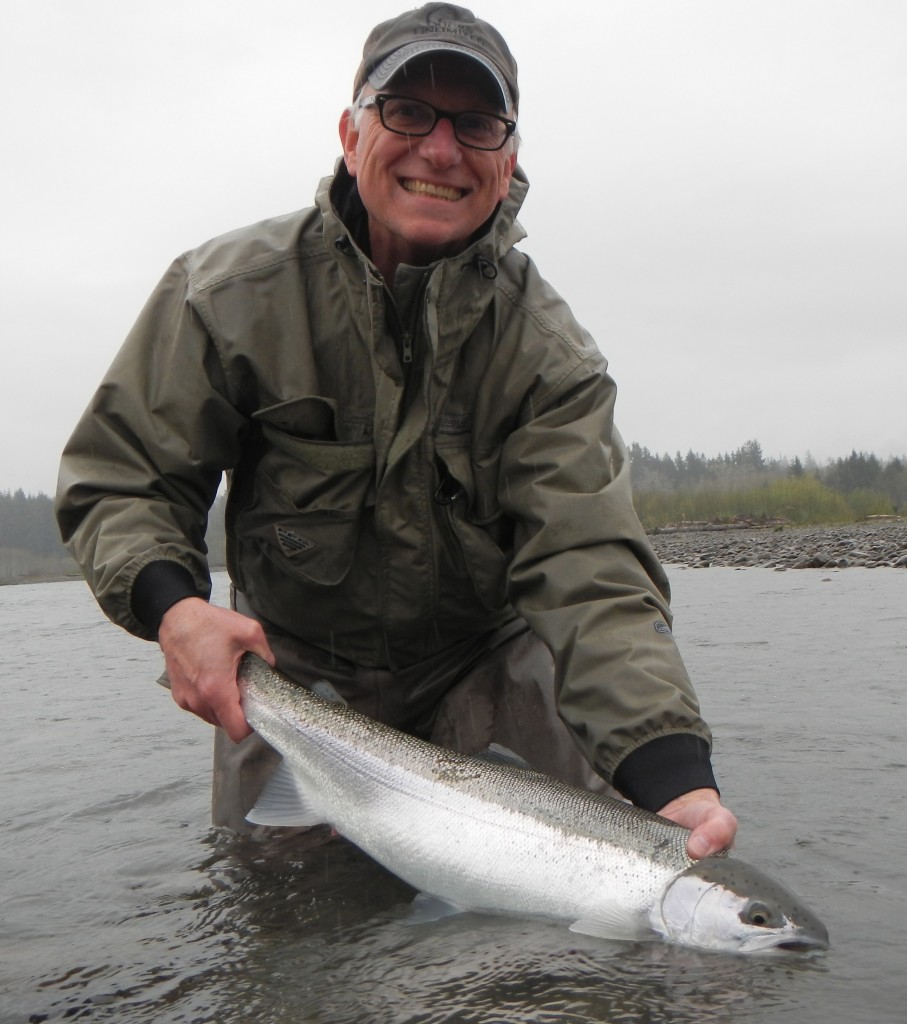 Cal with a sweet hen

If you read the blog much you know that for better or worse I have poked my nose into fisheries management.  Many of you have helped, and really, almost entirely because of you, and your calls and emails to our state representatives, I was invited to join the discussion about new regulations concerning guide licensing.

I learned a lot about the process, and despite having a pretty week hand we got a pretty decent bill.  Not everything we dreamed of, but a great start, with some key provisions that will help a bunch as we move forward.

Thanks to everyone that called, and wrote and got involved.  I hope you will be encouraged by this small success.  I know I am, there are much larger issues that need to be tackled. 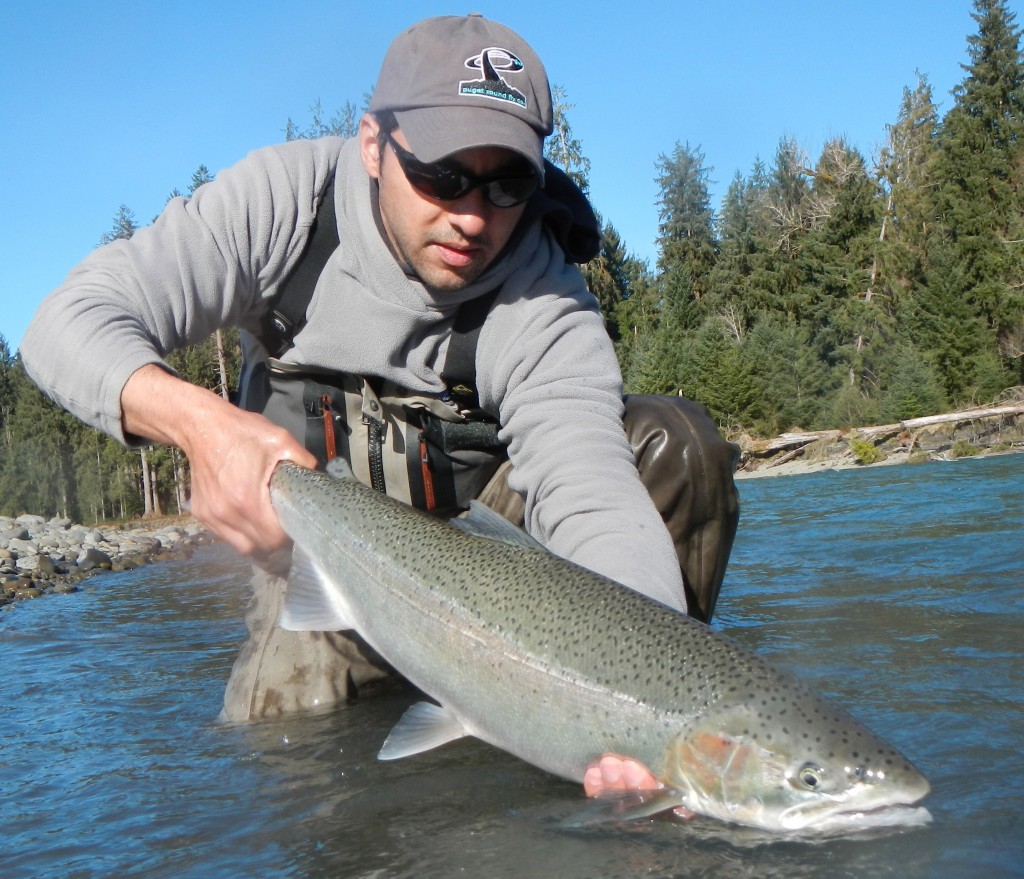 Anil with a early April steelhead