Most favoritest flys of the year

Posted on May 4, 2012 by raincoastguides

So flys change like fashion.  You get in the mood to fish one thing, and then the seasons change, your mind shifts to new things and old idea’s are forgotten.  The last few seasons I have hit on some old re-hashed favorites that have come in handy for almost everything. 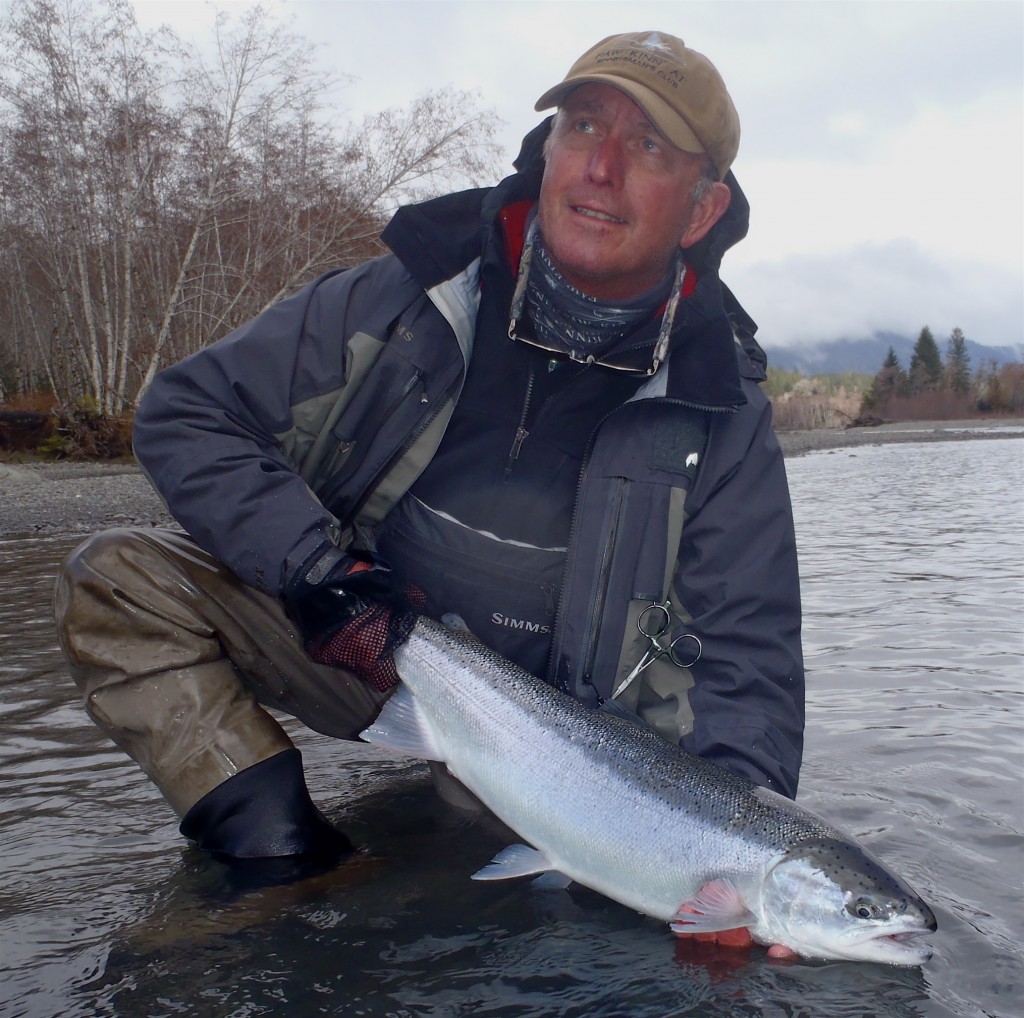 Frank with a dandy

The micky finn may have been the first fly I ever tied, (along with the black ghost, coming soon).  I have seen it re-incarnated time and time again in print and and if fly shop bins.  This year I started fishing the same color combinations and materials in two different patterns and got pretty addicted to them.  They are my favorite type of fly in that they both fall into the generic salmon/steelhead/cutthroat, fresh water /saltwater category.  The lead eye version( just a simplified Clouser) was a salmon mainstay in the summer fall, and the unweighted one (a simplified Allie’s shrimp?)accounted for most of the swung steelhead I got this winter, but both are interchangeable. I mostly tied them in a size 6.

One trick for tying bucktail is to use clear mono tying thread, it shows the color through without building up. 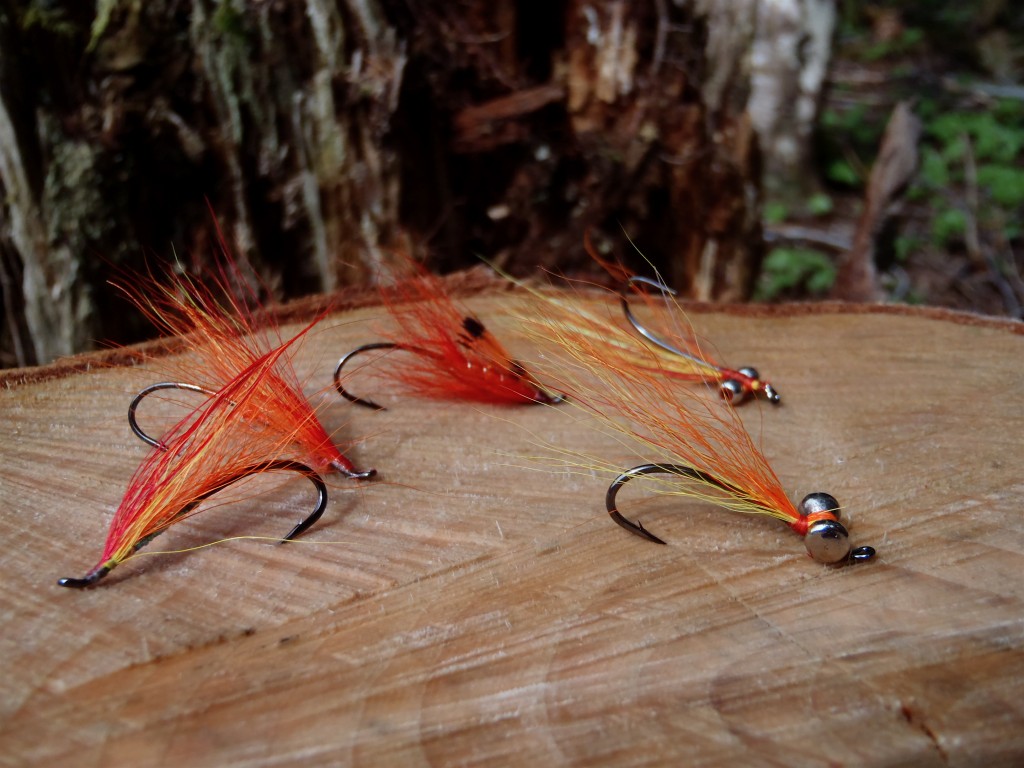 Bucktail, or calf tail, yellow,orange,red, and maybe a little chartuse

I will be out of town for the weekend so no reports until probably Tuesday, I hope to get a little computer problem worked out but it may be a bit until they get it sent it back to me.

2 Responses to Most favoritest flys of the year