Posted on December 19, 2011 by raincoastguides

One morning several weeks ago my wife Lauren  exclaimed “OH my God!”  While looking at her computer.  Turns out some one on free cycle was giving away 2 large bags of poodle hair.  Why would any one want poodle hair.  About ten minutes later I hear a loud sad “Oh Nooo”.  Yes, after only ten minutes some one had laid claim to the hair, seems it’s a hot item.  I, apparently, am out of touch.

A while back we were down south on the big river early in the morning, the sky was clear as it has been but there was a heavy low fog around the mountain tops.  As the sun rose through the fog it’s light was so diffused that it was like looking at a giant white moon, you could look right at it.

I was reminded of this the other morning as I drove around Lake Cresent to run an errand in Port Angeles, it was full light, but the sun was still behind the hills, the moon however was high and bright and clear above the lake in the fog.

Sometime the sun looks like the moon, sometimes the moon looks like the sun, sometimes, for weeks on end in December in Forks it does not rain, or blow, and the sun shines and you catch more steelhead than you ever thought possible. 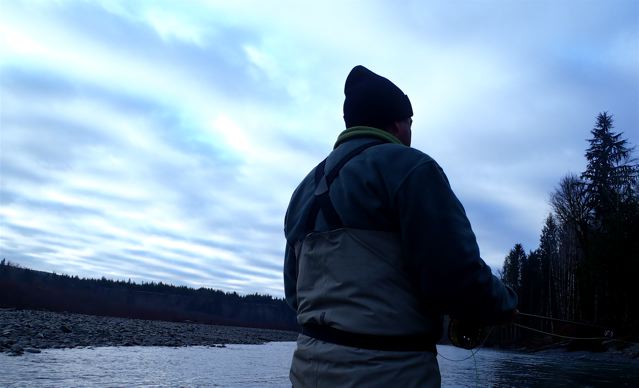 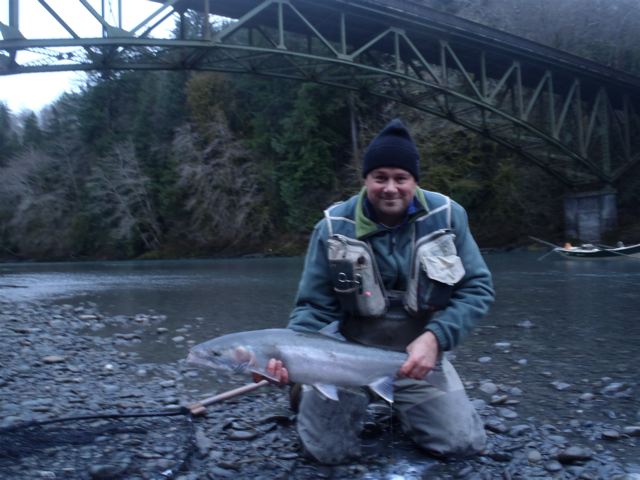 and voila, shad demonstrates the effectiveness of the technique 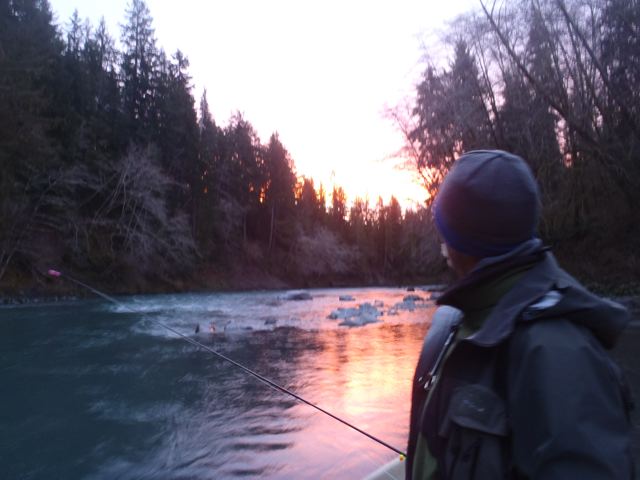 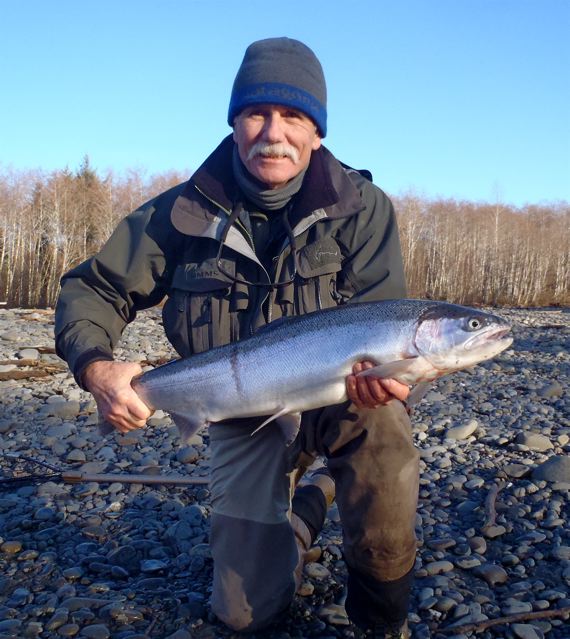 « Many Fish
Merry Christmas, Thanks everyone »
Blog Navigation