Great reasons not to steelhead fish in January

Posted on December 31, 2012 by raincoastguides

December is over, and the new year upon us.  I have to say, after the poor salmon fishing and the rocky start to the hatchery steelhead season I had myself mentally prepared to tough it out through some real challenging fishing.  Then, the crowds thinned out, the rivers dropped a bit and we spent the last half of the month enjoying some very unique and productive steelhead fishing.

Frankly the spey fishing in particular, for a mix of three salt hatchery fish and early December native steelhead was better than I have seen it in many Marches.

So now, the challenges of January.

First, you could be out fishing for Native steelhead, run into some big late hatchery fish, and get stuck with the endless lunch. 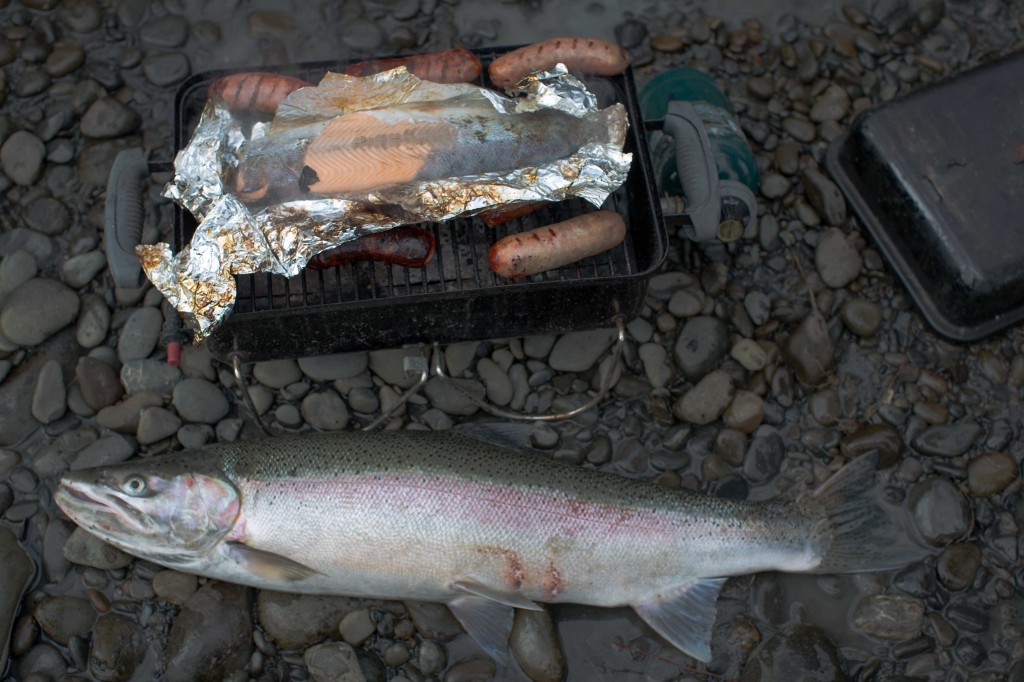 While I was  cooking up some brats and a hatchery jack from the day before Sol landed another fish for the grill, looks like a long lunch

Also, due to the low angle of the sun, and the exceptionally fresh January natives, you could run into the tough photo problem. 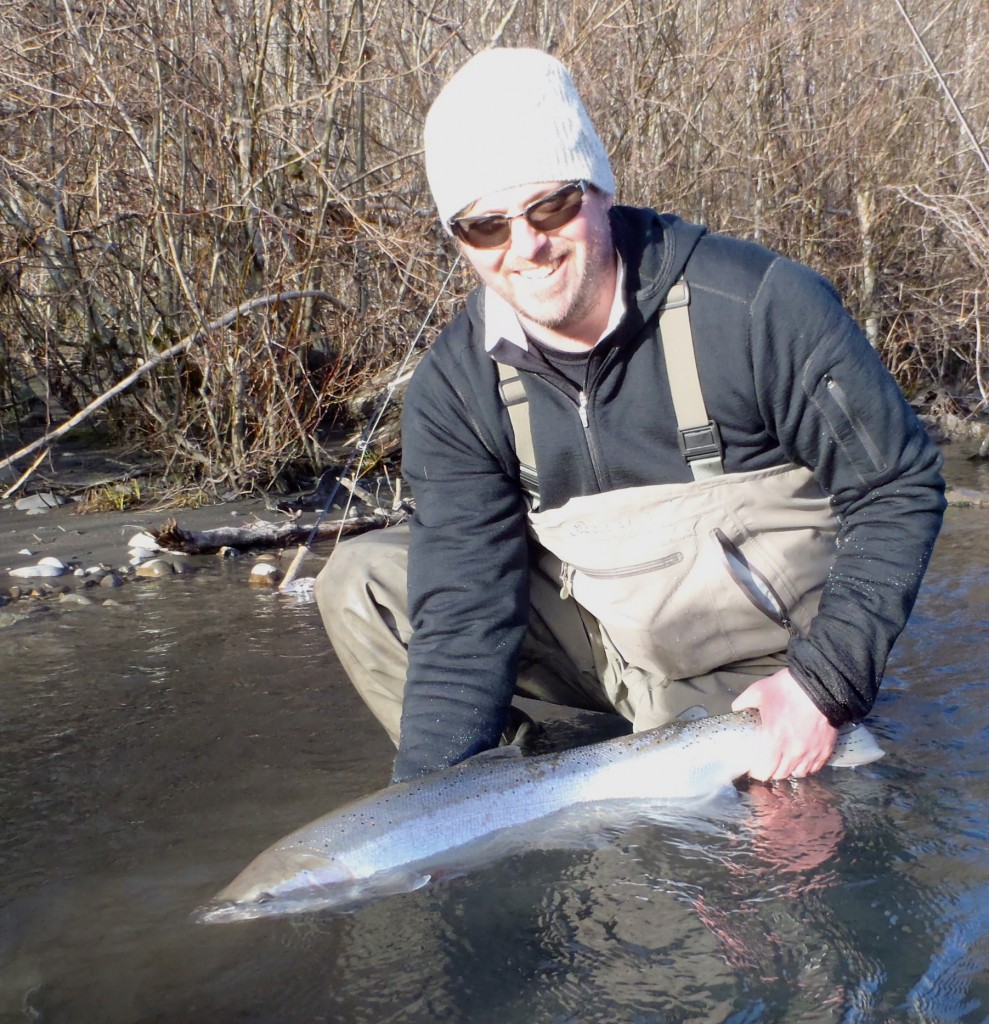 It didn’t matter which way Scott turned, this fish was going to be a bit over exposed.

What gear should I bring?  A six weight for 2 salt hatchery fish, or something a bit more substantial? 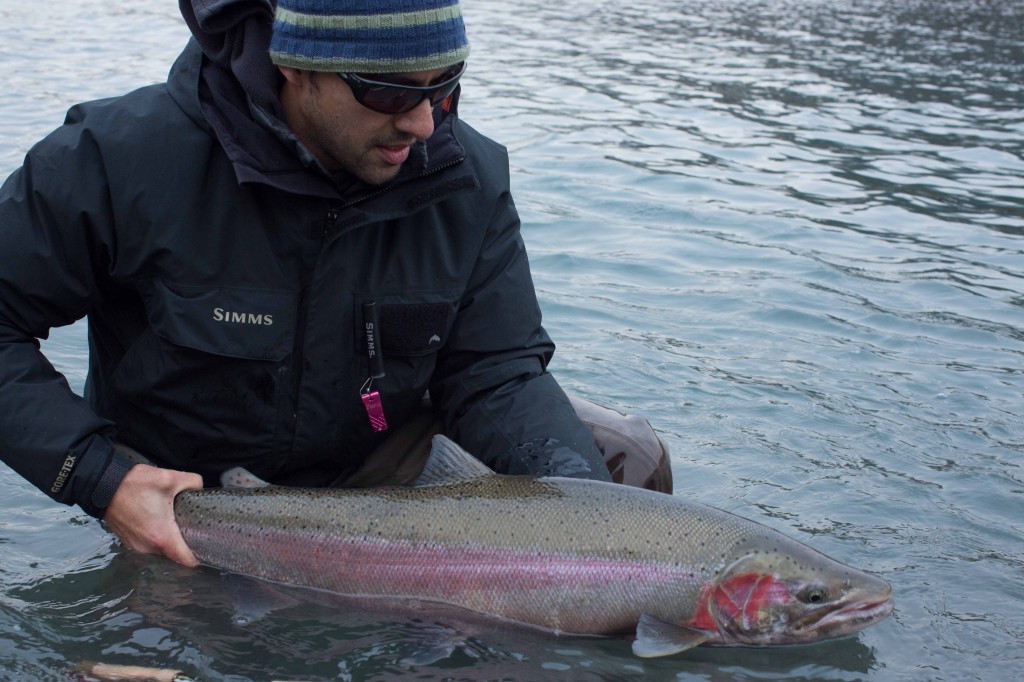 Anyway, we have some January dates left, give us a call.

5 Responses to Great reasons not to steelhead fish in January