Koyaanissqatsi, in a fishing sense

Posted on August 28, 2011 by raincoastguides

The rain helped, in a very short term fashion.  The day of, and the two days after we used the higher cooler water in the quilayute system to motivate salmon and steelhead to eat swung flies.  But now the river has dropped and it has left those fish more tight lipped and stubborn then they were before.  Worse, some of the rain must have fallen as snow in the mountains because it restarted our glacial melt pattern on the southern rivers.  The hot clear weather has been causing the all ready too low Quilayute system to get even lower and clearer while causing the the slightly two high southern rivers to get even higher and colder all day.  Frankly, its a pickle.
The cloud cover rolling in now might just fix us up, we will know in the next couple of days. 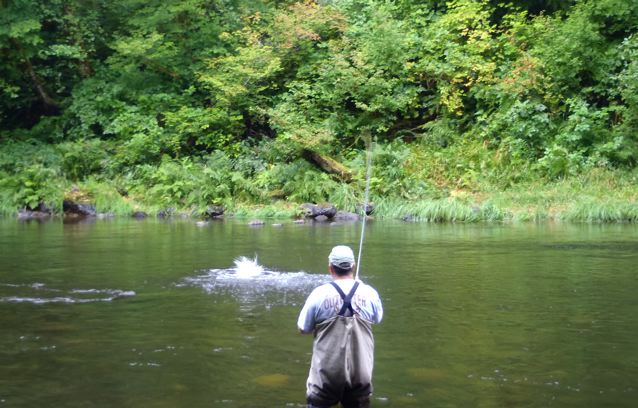 Ken gets a nibble on the Beulah classic six weight spey


Taking advantage of rapidly falling summer water is very tricky, your window of opportunity is often only a few hours long.  You want to be where new fish are moving to, without being where a bunch of dudes are standing.  It’s a bit tricky and you may have to sacrifice a few hook ups for total solitude.  In my mind its a fair gamble.

Good size coastal cutts are not uncommon on the peninsula, but they do require a little extra effort. Spawning salmon, or the October Caddis hatch will stupid them up a bit, but otherwise expect to have to fish low light and bigger flies than you would for more run of the mill trout. 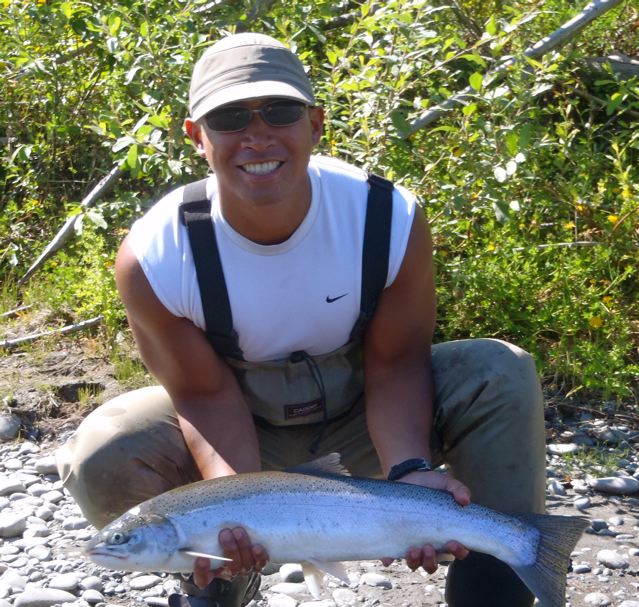 3 Responses to Koyaanissqatsi, in a fishing sense